Looking Back - the death of the 1st woman, who served as U.S. Attorney General under President Clinton 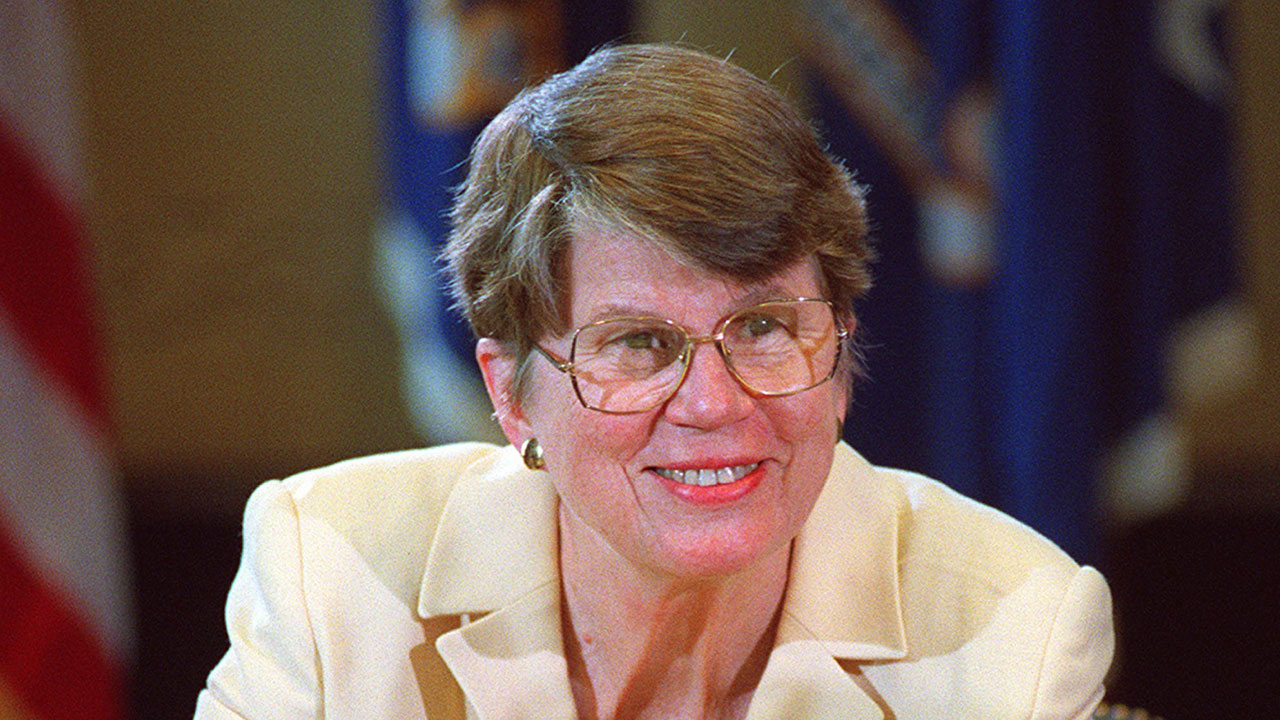 On November 7th, 2016, the mainstream media reported that Janet Reno, the first woman - attorney general of the U.S.A., appointed by Bill Clinton in 1991, died aged 78.  She served throughout his two terms of office, the 2nd longest tenure in American history. Interesting enough this happened one day before the U.S. Presidential Elections. Janet Reno became famous in 1993 after she ordered a full-scale assault on the Waco compound occupied by David Koresh and his Branch Davidian sect of the 7th Day Adventist church. 10 federal agents seeking to search the Waco compound for illegal weapons were killed prior to that, when they tried to serve a warrant. After Reno's orders, Koresh and 75 other people, many of them children, died. Then, Reno was again in the spotlight in 1994 during the Whitewater scandal, when she appointed a special prosecutor, the Republican Robert B Fiske, to investigate the Clintons’ real estate deal [known as Whitewater], but Fiske was viewed as too bipartisan, and Congress put an independent counsel, the George HW Bush’s former solicitor general Kenneth Starr, to replace him. Starr’s enquiry ran for 5 years, resulting in the impeachment and acquittal of Bill Clinton for lying about his sexual ties with Monica Lewinsky. Reno had been diagnosed with Parkinson’s disease in the mid 90s, and according to her sister, Maggy, her death was due to complications, following a long battle with that disease. Let's look at some Gematria: 78 stands for "strength [she was a strong woman], call, cry [when someone dies], to be at ease or rest, sleep, dream, to be worn away, vanish, right on (perfect time to die),  Trodden - ancient name of the city of Jerusalem" [praising it]. Prime Factors of 78 are 2, 3, 13. However, number 156 has the same prime factors: 2, 3, 13. Note, 156 is a multiple of 78 (2 x 78), thus, they are deeply connected. Note, the 156th PRIME is 911. 911, viewed as 9/11, a reminder of the attacks on the WTC. Remember, 9/11 happened in 102 minutes (between the 1st plane's impact into One World Trade Center, the 2nd plane's attack on Two World Trade Center, and the eventual collapse of both buildings). Note, "Donald Trump U.S. President"= 102 in Latin Reduction Gematria. (US Presidential Elections took place in the following day 11/8). Moreover, 78 has 8 divisors: 1, 2, 3, 6, 13, 26, 39, 78. Sum of the divisors is 168.  168 stands for "Rod of Appointment" (get a punishment).  Note, 168 is a multiple of 84 (2 x 84), both also deeply connected. Well, "Black Magic"= 84 in Eng. Kabbalah  #3.  78 is a triangular number with n=12 (Trump's favorite number). Its duodecimal value is 66. Janet Reno died at exact age 78 yrs., 3 mo., 17 days (viewed as 317), excluding the end date.  78 we already discussed above; 317 is the 66th PRIME, and stands for "Grave mound, tomb, to beat, pound (again, perfect timing to die), sharp, new sword, to trouble, injure, to hurt". If we "shuffle" number 317, we get to 137 - 33rd PRIME (33 & 66 always tied). Let's look at Gematria and put more conspiracy to it for the believers of "always non-coincidental events": The phrase "Rigged by Black Magic" = 78 in Latin Red. Gematria, but so does "Rich is Black Magic" = 78 in Latin Reduction Gematria. See more: "Janet Reno died November seventh two sixteen" = 190, 1774 Gematria values. It reminds the year the 1st Cont. Congress adjourned in Philadelphia, Pennsylvania (Oct. 1774), and the 1st display of the word "Liberty" on a flag, raised by colonists in Taunton, Massachusetts in defiance of British rule in Colonial America (Oct. 1774).  Also, "Black Magic Kill" = 190 in English Kabbalah. Last, the phrase "Janet Reno dies from Parkinson’s disease" = 186 in Latin Red. Gematria; But, "USA Government"= 186 in Engl. Kabbalah, "Brainwash Population" = 186  as well, in Engl.  Kabbalah.

In summary, Conspiracy Theorists will now speculate that this is another "death by the numbers" and that the global Black Magic ring of politicians and business special interest are somehow involved this to happen exactly one day before the U.S. Presidential Elections, so, we can be (again) brainwashed and continue to discuss what happened to J. Reno and how it happened.  As more news comes in, we'll bring you updates on the story.

« NASA Hoax? Scientist tells Earth due for a hit by comet Blast in a 2-story building in Russia - house fell down »