Hillary Clinton appeared to faint in footage showing her exit from a 9/11 commemoration ceremony on Sunday.  Clinton's doctor claimed the episode was a result of heat and dehydration, and later stated [surprisingly] she had been diagnosed with pneumonia.  According to eye witnesses and videos of her leaving the event, she was “clearly having some type of medical episode."  After long radio silence, Clinton's campaign issued a statement saying the former Secretary of State "felt overheated."  Witnesses claim that Clinton stumbled off the curb, her "knees buckled" and she lost a shoe as she was helped into a van during her "unexpected early departure."  Let's look at some codes: The phrase "Clinton diagnosed with pneumonia" has Gematria codes of 142, 340, 397.  The codes translate to "God Loathes, wickedness [Hillary Clinton is morally wrong], destruction, worthlessness, to be troubled, troublesome [she clearly has a problem while running for President], deceit / trickery [nobody is really telling the general public what's really wrong with Mrs. Clinton]. 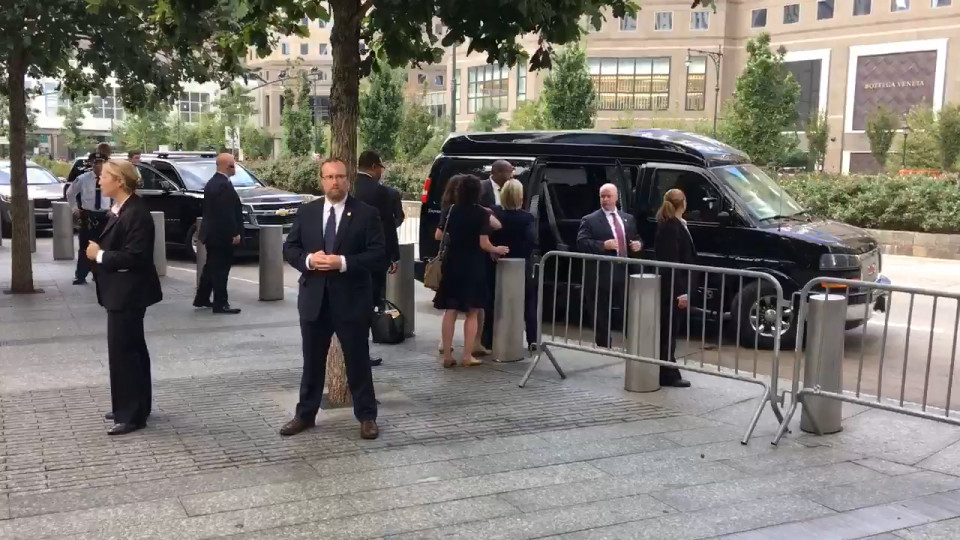 Later on, Mrs. Clinton emerged from her daughter Chelsea Clinton's apartment and said she was "feeling great."  Then, she bent down to take a photo with a young girl and said "thanks everybody" to a nearby crowd cheering her. The phrase "feeling great" has Gematria codes of 285,60,126. The codes have the meaning for "deceit, fraud, strange woman, to melt, punish, judgment, sin, wrong, misery, punishment." [it clearly tells us - the entire story with Mrs. Clinton's pneumonia-illness, released to the public is ALL made up].

The episode raises questions about the Clinton campaign’s reputation for confidentiality, and also as to why Mrs Clinton had waited so long to make her illness public.  Donald Trump, who was also at the ceremony, had prior raised questions about whether Mrs Clinton possessed the “stamina” to serve as President.  It is strange to say the least that Mrs. Clinton was at her daughter's apartment instead of being in a hospital.  This incident could be a major turning point in the bitterly contested Presidential campaign, as to Mr. Trump is now clearly expected to win the Presidency, despite the mainstream media bias, deceiving the general public on a daily basis.