With 7 wks to go before Nov 08, Trump holds the lead over Clinton in the 2 quintessential swing states

After being criticized for months by Trump for its total bias toward Hillary Clinton, CNN finally decided to start reporting more realistic poll numbers for the U.S. Presidential campaign:  Trump's national gains extend to Florida, Ohio.  Among likely voters in Ohio, Trump stands now at 46% to Clinton's 41%, with 8% behind Libertarian Gary Johnson and 2% behind Green Party nominee Jill Stein.  In Florida, likely voters picked 47% for Trump to 44% for Clinton, and with 6% behind Johnson and 1% backing Stein. In both states, Trump's support increases as a result of the likely voter screen, among all registered voters. Let's look at some codes:  46 and 47 [for Trump] stand for "Mighty God, a foundation, strength, to be great, much, numerous, magnitude or multitude, an elevation, height, mighty man, bright, pure, to be honored, to be great or chief, to be noble, excellency, preciousness". 41 and 44 [for Clinton] translate to "leave off, rest, cease, devastate, devastating, to dip, to sink into, to be dull, foolish,  to be bent down, to be sad, emigrant [she wants to allow thousands of refugees], confusion, be wretched, blood-guiltiness, to lay down, to conceal, to use secret arts and/or methods". 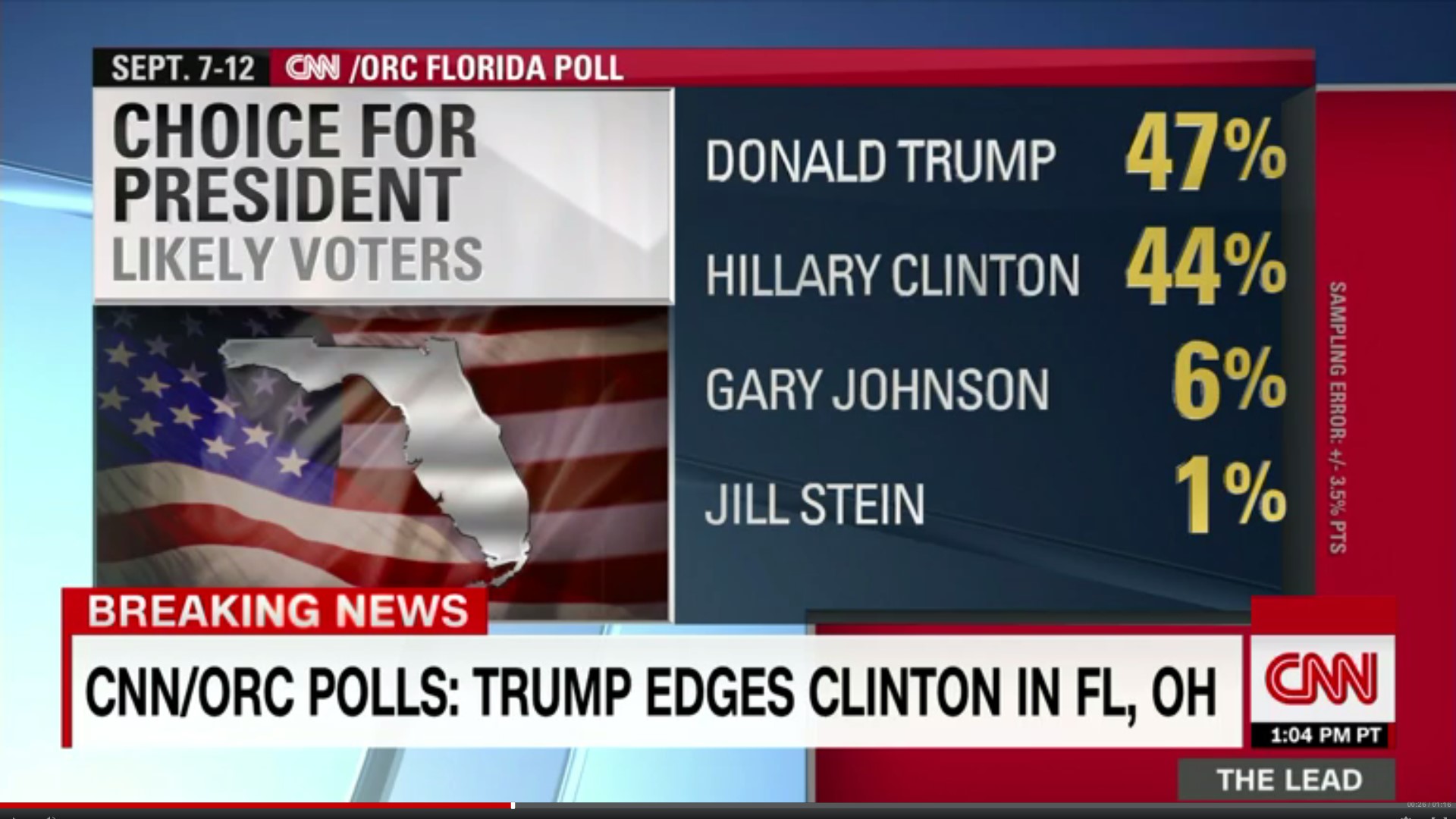 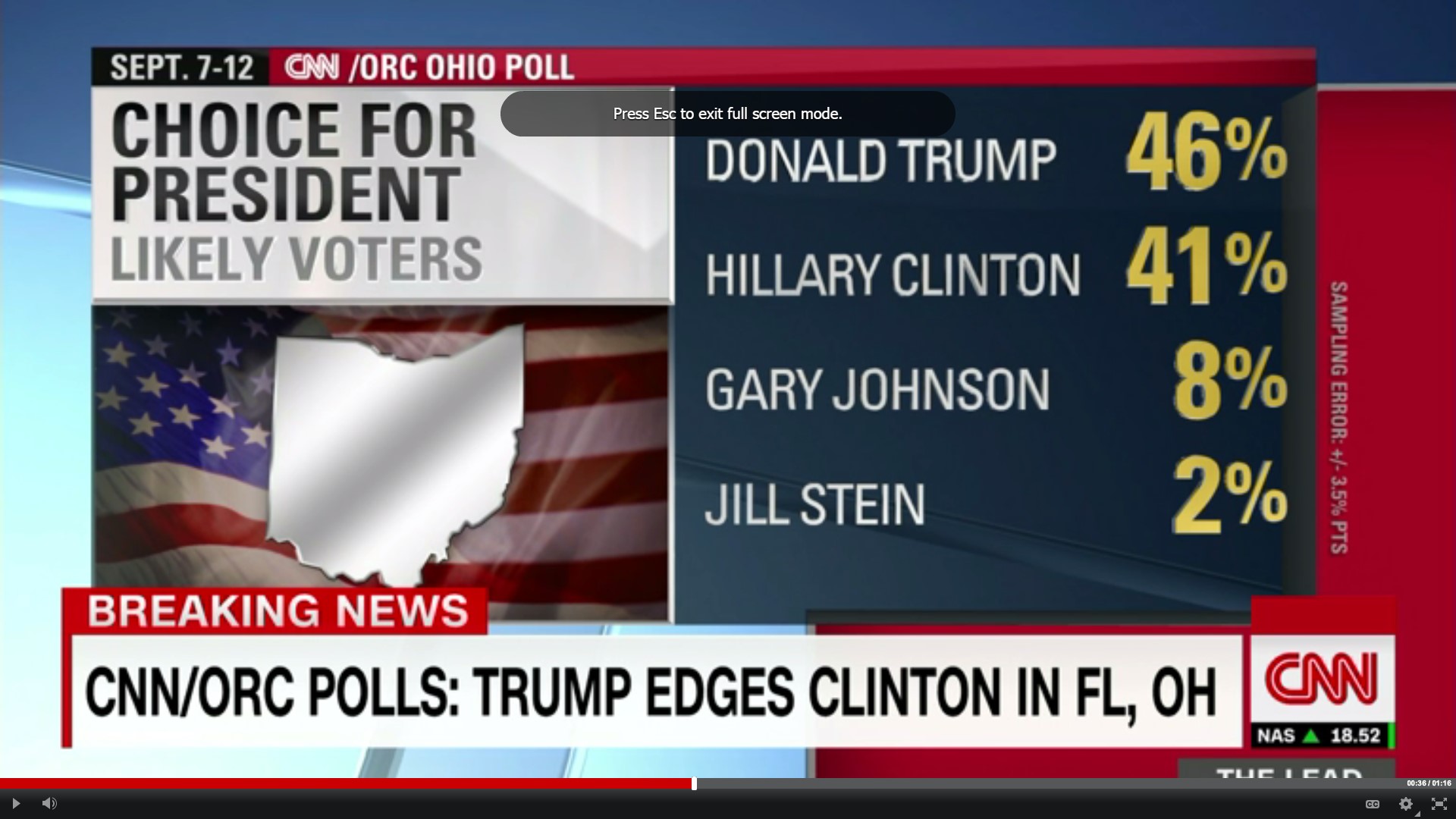 The new poll numbers are in line with expectations - Based on Matrix888's projections, billionaire Donald Trump appears to have the 2016 election in hand.  Our view of Trump winning the Presidency was also confirmed by Vigo County, Indiana, a county that has accurately predicted every Presidential Election outcome since 1888 except for two misses, in 1908 and 1952 [the early, solid indications are, the county would vote 'Trump'].  In the past 128 years, no other U.S. county's eventual choice for President in a general election has been as accurate [In the last Presidential Elections, voters in the county chose President Obama for re-election over GOP nominee Mitt Romney by a total of 19,707 to 19,368].