OCT 20, 2016: Donald J. Trump maintains the lead over Hillary Clinton in the race for the White House

The latest Rasmussen Poll for the race for the White House is already out today, October 20, 2016:  The Poll, based on national telephone and online White House Watch survey, finds Donald Trump with 43% support among likely U.S. voters vs. Hillary Clinton’s 40%. Six percent (6%) still prefer Libertarian candidate G. Johnson, and only (3%) favor Green Party nominee J. Stein. The latest Rasmussen Reports survey was conducted exactly 19 days before the election day - 11/8/2016. 19 stands for "Praise". If we analyze the numbers by Gematria, 43 [14th PRIME] translates to the following: "Great, mighty, to roll, joy, accumulation, together, to shake, be sweet, "Beloved of Yah [God]", Lion, to "eat" [defeat someone badly], a magician". Thus, it is all positive for Mr. Trump. 40 stands for "Deceptive" [in conjunction with Mrs. Clinton's behavior], to rob, steal [stole the nomination from B. Sanders, and now trying to "take away the elections" from Mr. Trump], act torturously, to wound, to hurt, to destroy, hurt, harm, to be torn, perverseness, to be mended in pieces".  Therefore, most negative for Mrs. Clinton.  The Rasmussen Reports have been the most consistent and accurate source(s) for polling - they put and kept Mr. Trump in the lead [in the race for the White House], since September 01, 2016. 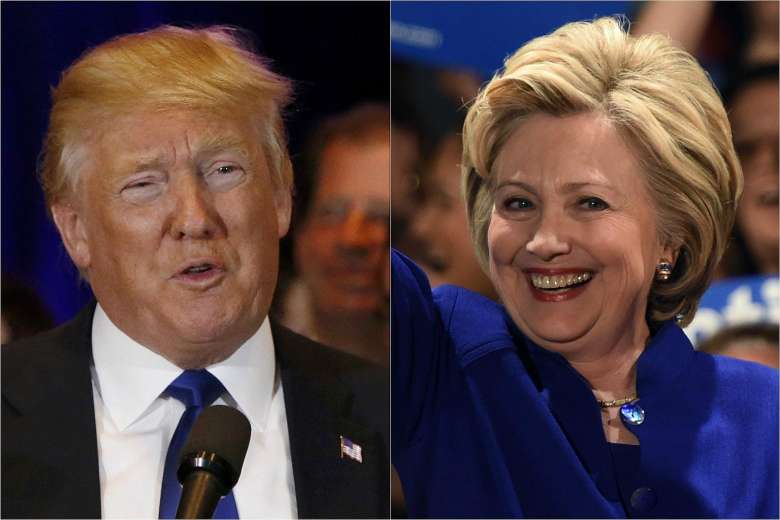 Rasmussen Reports claim that the updates of the White House Watch surveys are based on a 3-day rolling average of 1,500 Likely U.S. Voters. Back on September, Matrix888.org stated that the actual support for Trump nationwide is much higher than 40%, i.e. over 43%. Rasmussen Reports just hit that number [43%] today.  We still believe that people are being manipulated into thinking that Clinton's win is inevitable.  This was done by the mainstream media [CNN, ABC, NBC, etc.] with questionable polls [having Mrs. Clinton with 6 to 8-point lead over Mr. Trump]. However, Matrix888.org is maintaining / keeping its position - we project Donald J. Trump to be the new President of the United States.

Update October 24, 2016:  Rasmussen Reports’ latest White House Watch continues to show Donald Trump on Top in the race for the White House:  Donald Trump is still at 43% vs. Mrs. Clinton's 41%. Since, we analyzed 43 above, we only show today Gematria analysis on 41:  41 is the 13th Prime [many people think that 13 is a fatal number], and it translates to "rest, cease, limit, sink into [the polls; and also being in bed, not campaigning well enough; her campaign is sinking], a female ancestor [in this case, means an early version of a machine, system, i.e. Mrs. Clinton is far away ("outdated") from what's happening around the world today].  Watch this video for Black Trump supporters and why they are voting for Trump: Click here.