Donald Trump takes the lead over Hillary Clinton for the race for President: Trump 44% Clinton 39% 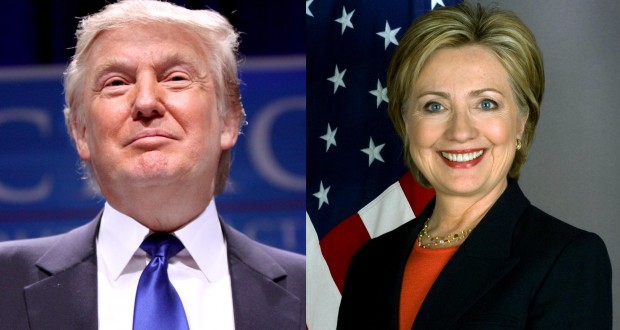 The new CNN poll mark Trump's best showing against Clinton since the fall of 2015. According to CNN, Trump's new lead is based largely on the increased support among Independents: 46% now say they would back Trump, and only 28% Clinton.

Let's analyze the codes:  Trump's 44% or '44' stands for "to crush, to be firm, strong, mighty, to burn or flame, to defeat (kill)", and "God's Gift, God Redeems"; Clinton's 39% or '39' means "False and Deceptive [person], to go in a circle, to tremble, covered / secret". Trump's 46% support of the Independent voters or '46' translates to  "Strength, border (of land) [Trump wants to build a wall], to be great, magnitude or multitude [of victory in November], "God is Yah" or "El is God" or "Mighty God", "God Sees"; Clinton's only 28% support by the Independent voters or '28' means "sin-offering and a "man-trap" [Man-traps are most often used in physical security to separate non-secure areas from secure areas and prevent unauthorized access, i.e. in the case with Mrs. Clinton, the codes metaphorically suggest she shall not be allowed to access secure and confidential Government information at this time]. 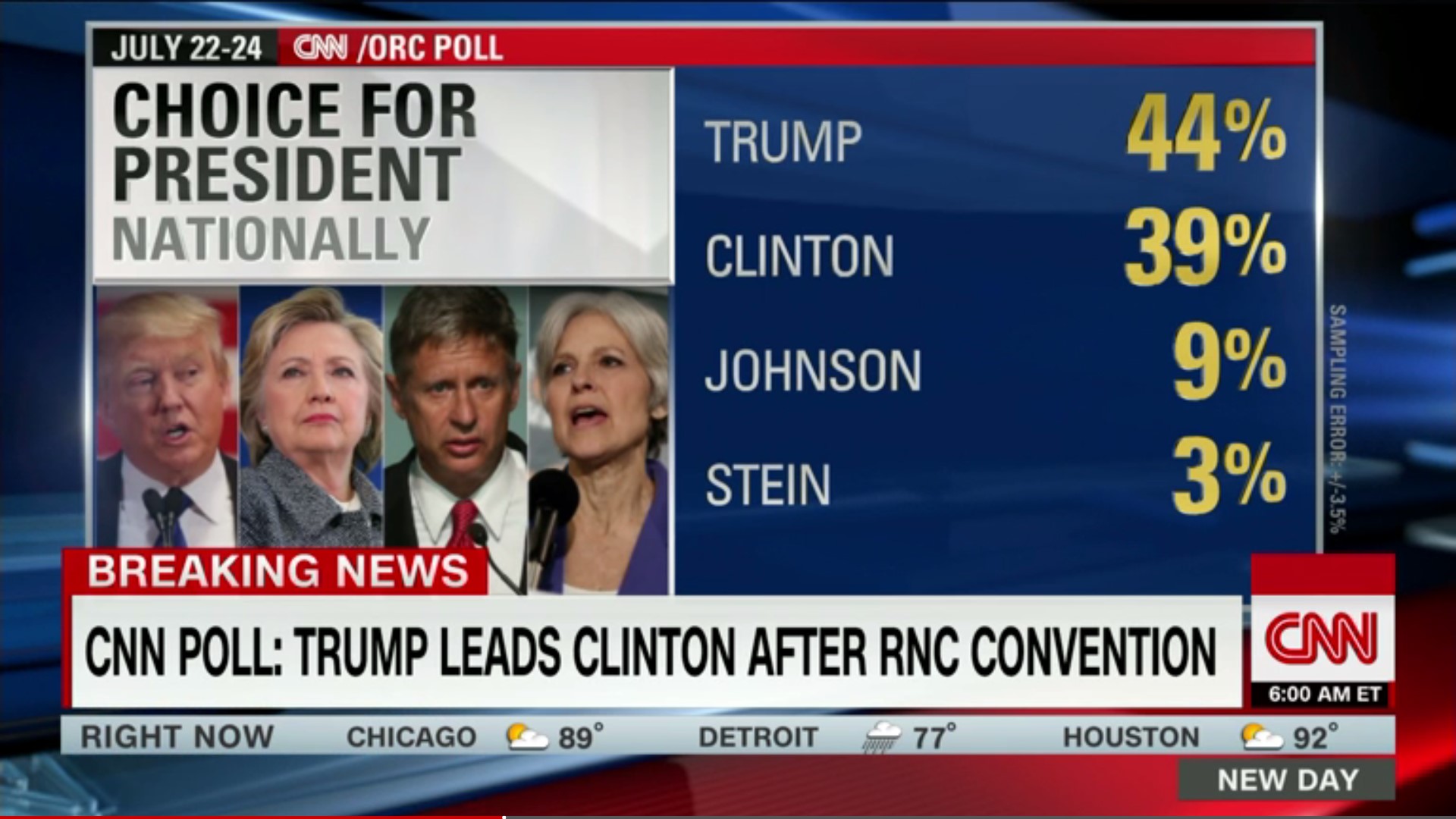 Furthermore, CNN reported that the GOP convention helped Trump, as 52% ['52'] of the voters now say Trump is running for president for the good of the country rather than personal gain. '52' translates to "Long-lived" or "Worldly", "to be warm, eager, to strive after something [the Presidency], to desire or covet, to take pleasure or delight in, attractiveness, pleasantness", "Hill" [to reach a Hill], "Great is Yah[God]".  The CNN report shows 68% of voters think Clinton is dishonest and not trustworthy: 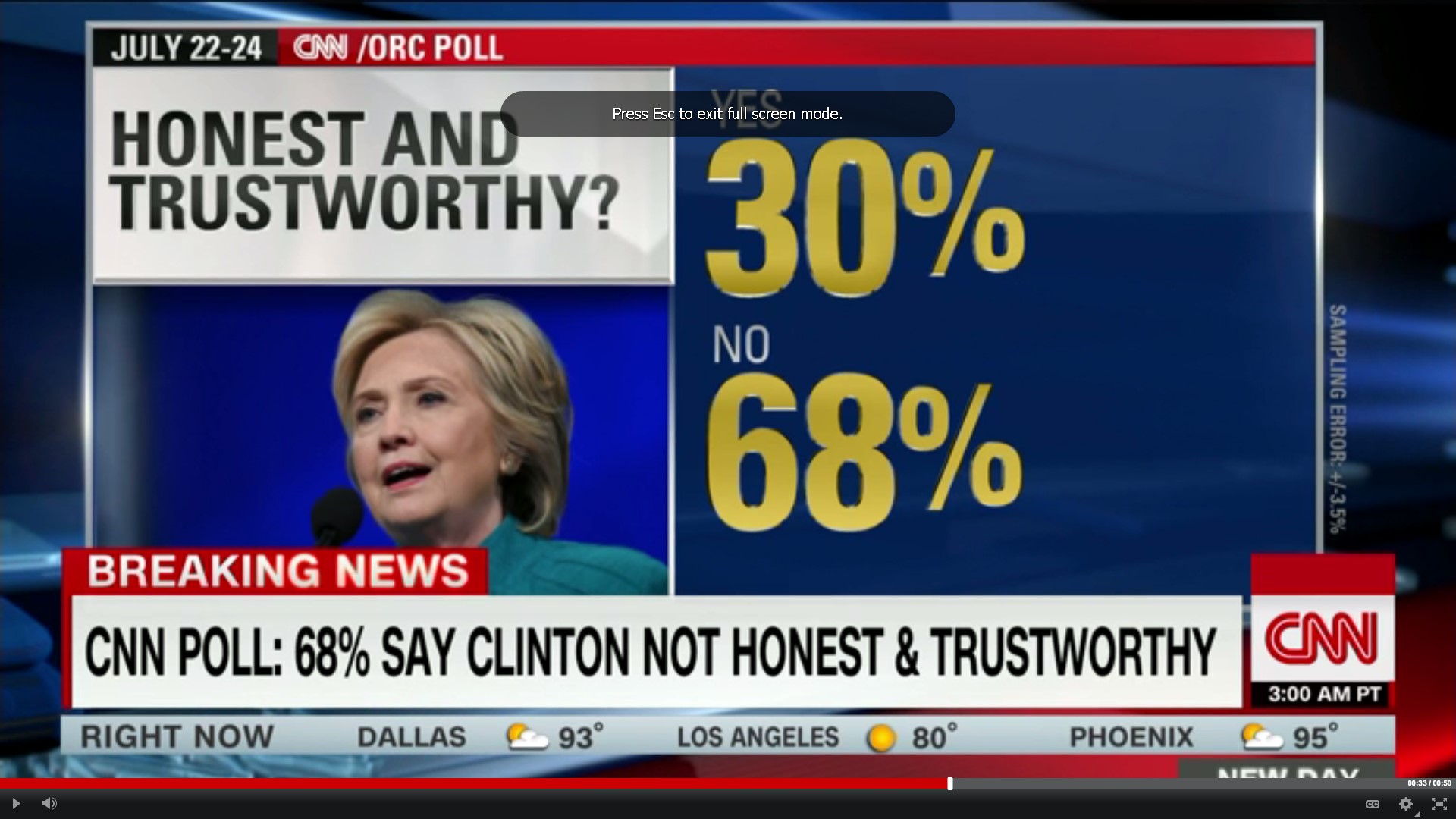 When we use the old Latin code (XVI century) to analyze the numeric value of '68' and '30' we find the meanings of "Abundance [Mrs. Clinton is in trouble], understanding [the numbers are true], discreet [down low], cunning [the rigged campaign against B. Sanders], deceptive" [Mrs. Clinton].

The time of the CNN poll report is also interesting - 10:33 GMT.  '10' (ten) is viewed as a complete and perfect number, and '33' is a "master builder number"-"Master Teacher"; it means "truly, decidedly, God's complete, final judgment, God's guideline", "to fall or sink" [Clinton seems to run out of steam].

Interesting enough, CNN comes out with this poll after being ripped and totally compromised by Donald Trump for their "pro-Clinton" political bias all the time. In any event, it appears clearly that Trump's poll numbers are getting stronger and he might win the elections this year.

Update:  August 11, 2016 - Trump just addressed the National Association of Home Builders Board of Directors in Miami, FL (probably his best speech as of late):


Update August 17, 2016 - Trump spoke in West Bend, WI about what we need to do in order to make our communities safe again, protect the life of police officers, and get the African-Americans back on track:


Update August 19, 2016 - Trump's excellent speech in Charlotte, telling ISIS would be 100% destroyed, and forbid senior officials for trading favors for cash by preventing them collecting large speaking fees via their spouses while they still serve in public office: