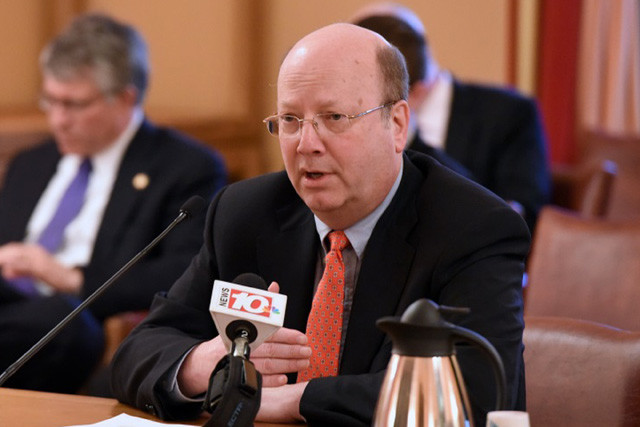 The mainstream media reported that Nojay reportedly planned to turn himself into authorities on Friday for fraud charges relating to a Cambodian rice company.  Khmer Times of Cambodia reported that Nojay and three others convinced a woman to invest in company that would export rice to the US.  The woman claims that 8 mo. after investing one million dollars, she discovered the company was bankrupt. Nojay faced fraud charges in Cambodia where he has been doing business since the 1980s. He dismissed the charges, claiming he had never met the Plaintiff.  Nojay was scheduled to run in a primary next week against Richard Milne. He killed himself amid fraud allegations.

Let's look at some codes - the name "Bill Nojay" equals 1142 in Latin Gematria and 35 using the Latin Reduction code. Those codes stand for "bubble up, to be 'cooked', to wrap up or cover, blindness [he wears glasses], to break forth, to be high [he had a great career as a politician], to set (as a boundary), a Jew, wickedness, punishment (of wickedness) [tendency to become morally wrong], nothing [he ended up badly, killing himself]". He died at 59 [59 yrs,  9 mo. and 16 days - viewed as 916]. 59 translates to "slaughter or massacre, to remove or put off, removal or separation [from his family], and 916 means "darkness, secret sin, God's Gathering, obscurity, oppression, hiding place [the cemetery]."

The above analysis suggests - this could be another death hoax, "by the numbers".  The more logical scenario is [pure speculation], Nojay did not act alone, he probably knew too much, thus, he was probably eliminated for that reason...