The Bible begins with Genesis 1:1 ”In the beginning God created the heavens and the earth” 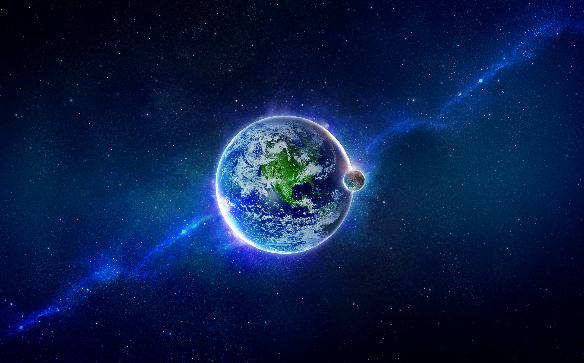 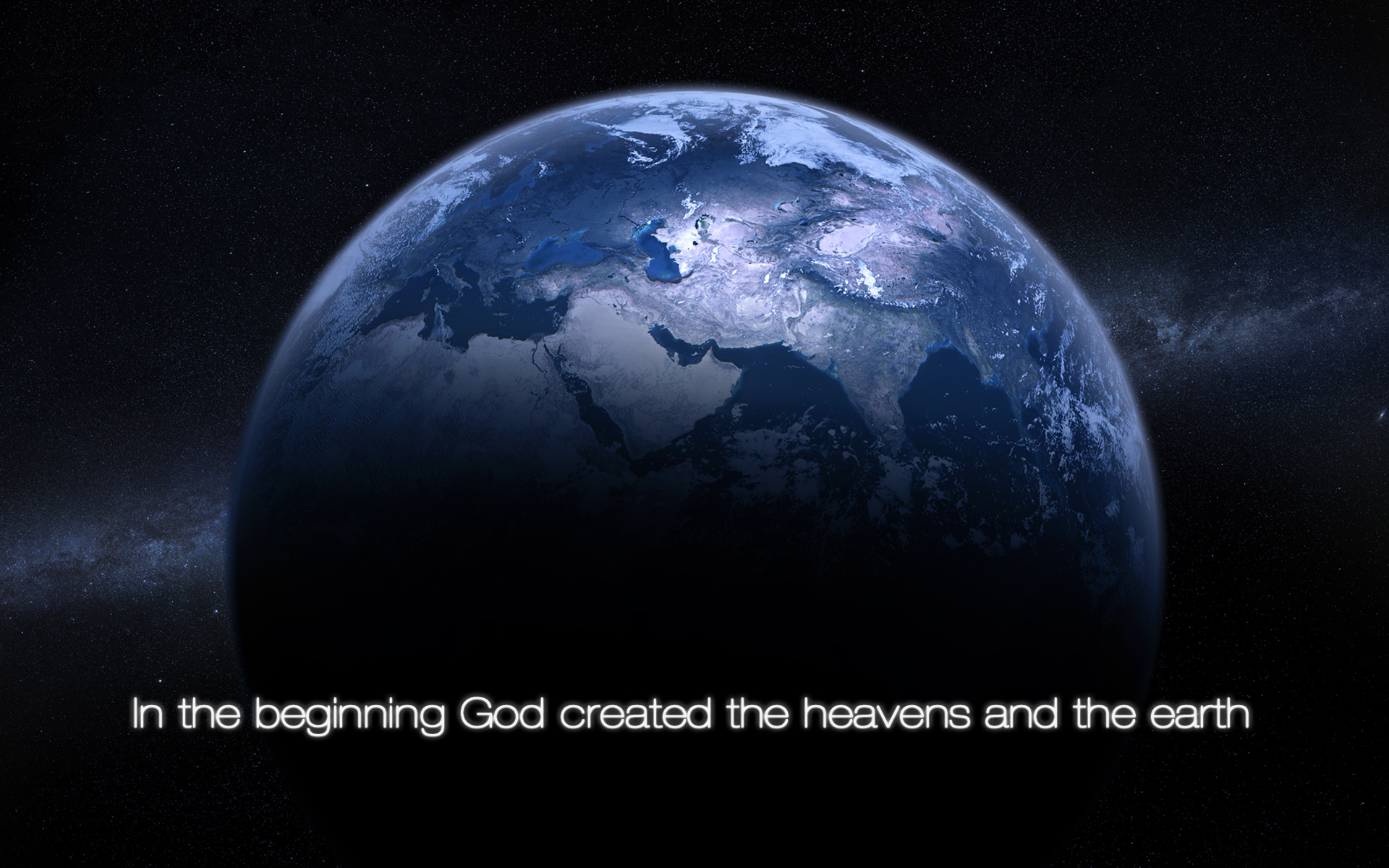 GENESIS 1:1 - We start by breaking down the entire text into 6 parts below and match them with numbers:

Let’s bringing some analysis into those numbers above: The technique of Gematria is that words sharing the same Gematria number can be interpreted as having special affinities. In our case, the total count of the entire Genesis 1:1 phrase has three values [based on the code we are using]. Observe that in the 1st case, the sum of the individual word values equal ‘1894’, which subsequently pointing to ‘654’, therefore, matching the Gematria of the phrase “The Fibonacci Sequence”. This fact is significant – it proves that the creation of the world is connected somehow to the Fibonacci sequence, the Fibonacci numbers and their ratios. It has already been discovered that the height of one unit of our DNA helix is related to its width in a proportion equal to the golden spiral or the Fibonacci series ratio. The mathematical [Golden Ratio] of PHI[φ] has been duplicated in the Fibonacci sequence of numbers [see “Fibonacci Numbers”]. Scientists demonstrated that our DNA emits and receives phonons and photons, and one of the theories is that this golden ratio or the Fibonacci series ratio represents a geometrically encoded instructional pattern in our DNA. Factorizing the sum ‘1894’, we get to 1894 = 2 x 947. ‘947’ is a prime number, the 161st prime. In Hebrew, “161” has a special meaning - "Adam Kadmon"-"The Heavenly Man" or “The Original Man”, a term for all 10-ten Sephiroth as forming the body of the Primordial Man. This is significant as well - all levels of Creation are constructed around the 10 Sephirot. Adam Kadmon is the first of the comprehensive Five Spiritual Worlds in creation, who included within himself all future human souls before the sin of the Tree of Knowledge. The mythopoetic cosmogenesis and anthropogenesis enable "the Adam soul" to embody all human souls: the collective Yechidah ("singular") soul essence in Adam Kadmon, and the collective Neshamah ("soul") soul in the Biblical Adam in the Garden of Eden. ‘161’ also stands for “the assembling places of God, or the assemblies of God” [Church with its buildings]. Now, we can see clearly how Gematria connects the dots.

Let’s analyze the factor ‘947’ - “Nine Four Seven” - Latin Gematria Code Equals: 1270. Interesting enough, “The Flower Of Life” - Latin Gematria Code Equals: 1270. Historians believe that the Flower of Life is the creation pattern of everything in existence. The Flower of Life drawings and signs have been found in temples, churches, mosaics, sarcophagi, goblets, art and jewelry, and textiles throughout cultures starting at least 1400BC. Leonardo Da Vinci had a unique quality and approach to science and geometry, as he prepared drawings of the Flower of Life. He believed that within this pattern, all geometric forms known in creation could be discovered, putting the Flower of Life as the symbol of Creation that greatly matches the Gematria meaning of Genesis 1:1. In Geometry, the Flower of Life is a figure composed of multiple evenly spaced, overlapping circles, arranged to form a flower-like pattern with a six-fold symmetry, similar to a hexagon: 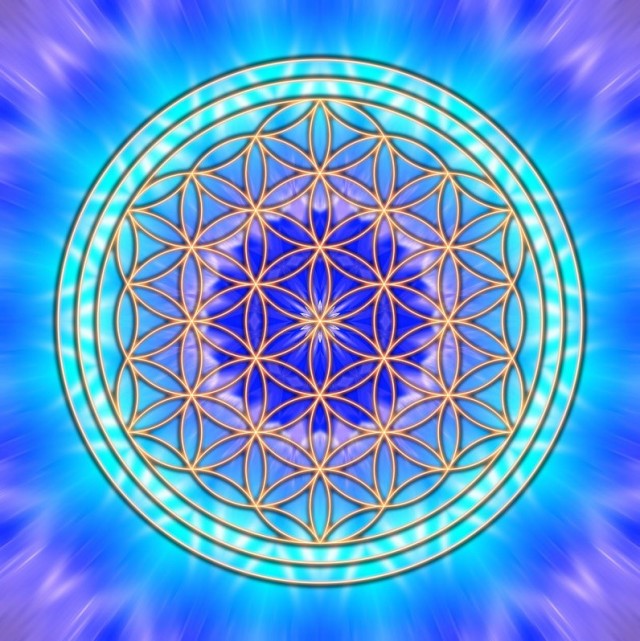 Observe that in the 2nd case, the sum of the individual word values in Genesis 1:1 equal ‘220’. In Hebrew, it translates to "He (God) Chooses", “chosen” [God enables us to choose him by his gracious work], “work or works” [God was working hard to create the world], “Precipice"[with connection to difficulties in life on earth – sometimes, it could be a dangerous place where things could be “very steep, on edge”]. The words “religion”, “temple”, “the DNA code”, “tool” also have a Gematria of ‘220’, clearly connecting to the Bible, the creation of life by God, and to all of the above-discussed Gematria codes.

Observe that in the 3rd case, the sum of the individual word values in Genesis 1:1 equal ‘3334’ that leads us to ‘930’. In Hebrew, ‘930’ has the flowing meanings: "Gracious Lord"; "Yah is Righteous /Yah-the Hebrew Name for God/"; “may it be God's will"; “being strong; strength, force, height or elevation”; “the High One, Most High”; “to lay, uphold or support”[all related to God]; "Assembler, to gather together, assemble”[about God]; “to rule and have power”; “balancing (of the clouds)”. The Gematria of the above clearly points out and confirms the power of God[to create the world], and praises his enormous ability as the creator of “heavens and earth”. In addition, the word “Savior” also has Gematria of ‘930’. In this case, it relates to Jesus Christ as the Savior [Redeemer] of the world and the Son of God- the Creator[the term Son of God is a designation of the equality with God], so we see how Gematria connects the Bible, God, and Jesus all together. Nevertheless, the phrase “Ninety Four”[‘94’] has Gematria of ‘930’ as well. In Hebrew, it translates to the following: "Deliverance of Yah"[meaning God(Yah) “delivered” everything to us]; “heaven”[mentioned in Genesis 1:1]; and “a Chaldean”-the Chaldeans were people, who lived in southern Babylonia- they occupied the land of the southern portion of Mesopotamia. The Chaldeans are mentioned multiple times in the Bible in Genesis 11:28 [Abraham’s father Terah was from “Ur of the Chaldeans”], Genesis 11:31 and Genesis 15:7 [God called Abraham, a Chaldean, so Abraham would follow God to the land that God had promised to him]. Note, the digital root of all 3 analyzed value counts is the same- number ‘4’. [The digital root is the iterated sum of all the digits that make up a number].

The analysis from Jenkins above matches my findings that the numerical values of the entire Hebrew phrase in Genesis 1:1 has a geometrical meaning / pattern of a hexagon / hexagram. My decoding, based on the old Latin Gematria code, produced the term “The Flower of Life” - a flower-like pattern with a six-fold symmetry [which, is in fact, also a hexagon].