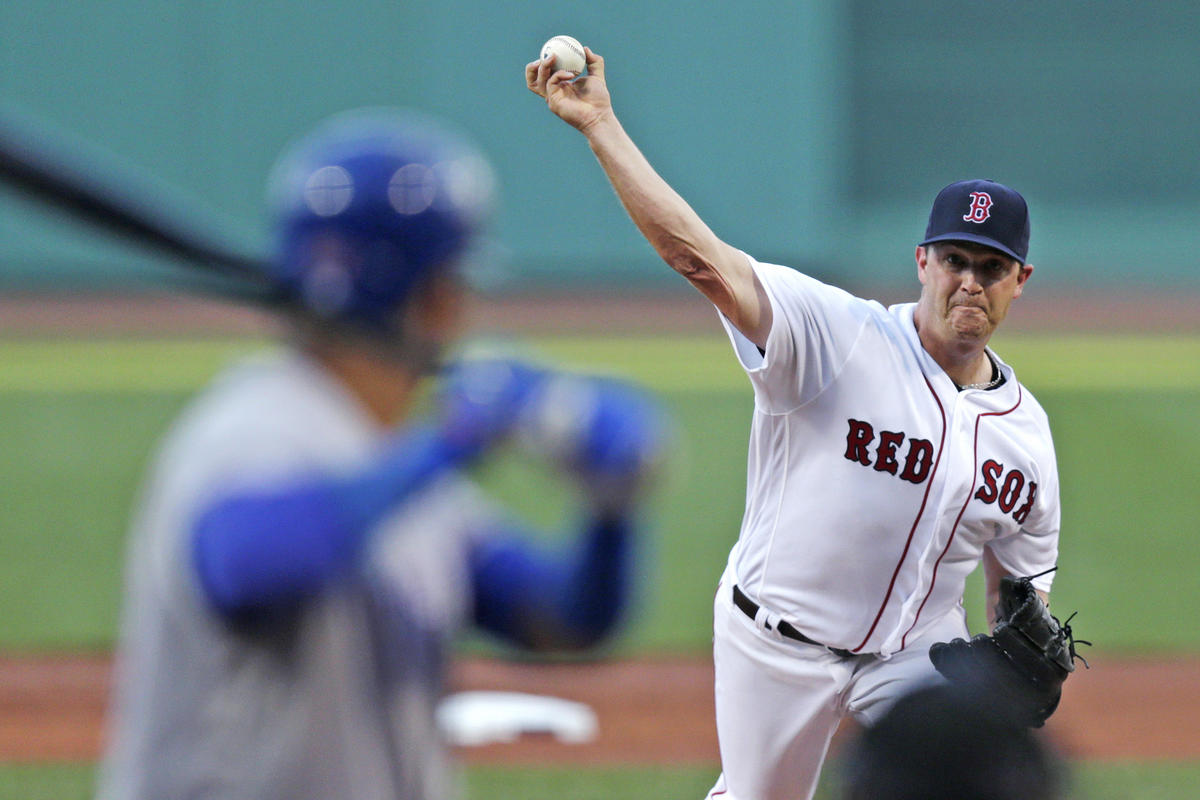 Boston Red Sox will play their final game of the series vs. Tampa Bay Rays today.  Boston lost Game 2 last night with the score of 3-4.  Red Sox knuckleballer Steven Wright is going to get his first start in three weeks after dealing with a right shoulder strain. Wright will be on normal rest when he takes the hill in Wednesday's series finale at Fenway Park against the Rays and left-hander Drew Smyly.  After allowing five runs in the first inning on Friday, Wright settled down and didn't surrender another run over the next five frames. He will make his first career appearance against the Rays.  Wright now has a record of 3.18 ERA through 23 starts on the year, and he is 7-2 at home, so he is expected to win this game.  Smyly is 3-1 with a 1.48 ERA in nine career appearances against the Red Sox, and he is 1-1 with a 1.71 ERA in four starts at Fenway. He yielded three runs over six innings Friday in a no-decision against the Astros, and his record in away games played this year is not that good: 3-5, with high ERA of 5.38. With that, I am expecting the Red Sox to win the final game today, therefore, I am picking Boston straight on the Money Line (ML), no runs.

UPDATE August 31, 2016 - FINAL Result:  Boston Red Sox 8-6 Tampa Bay Rays. Hanley Ramirez hit a Grand Slam to help the Red Sox overcome 4-1 deficit and secure a victory in the series finale over the Rays on Wednesday at Fenway Park. Aaron Hill snapped an 0-for-20 skid with a one-out, go-ahead single in the eighth, allowing Ramirez to score from third to put Boston ahead, 7-6.  Moments later, Jackie Bradley Jr. drove a sharp liner down the right-field line for an insurance run. Craig Kimbrel pitched a 1-2-3 ninth on just 10 pitches to earn his 24th save of the season. Red Sox starter Steven Wright lasted only 4 innings, allowing 7 hits, 4 runs, and 4 errors, but Robbie Ross Jr. pitched 2 scoreless innings in relief, which enabled Boston to comeback and win this early afternoon game. Rays' (P) Smyly lasted just five innings, allowing seven hits (two home runs) and five earned runs. With the win, Boston is 74-59, only 1 1/2 games behind Toronto in the AL East.