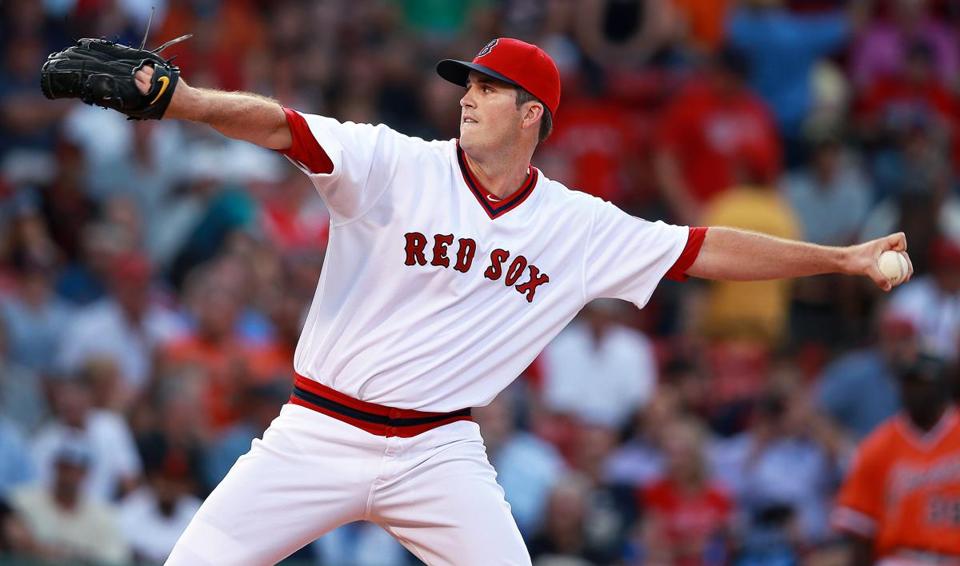 The Red Sox will play the last (4th) game of their series against Tampa Bay Rays today-Thursday, August 25. Yesterday, the Sox lost surprisingly Game 3 by the score of 3-4. The Rays edged Boston Red Sox on a walk-off error in the 11th inning: Luke Maile, the Rays' backup catcher, slid in safely at home to give Tampa Bay a 4-3, walk-off win over the Red Sox on Wednesday night at Tropicana Field. However, Boston remained in a tie for first place in the American League East, since the Blue Jays lost their game to the Angels.  Drew Pomeranz is going to start for Boston in Game 4 tonight.  In his previous game, he held the Tigers to just one run on four hits while striking out three in five innings to earn a win in the Red Sox' 3-2 victory.  The win got him over the .500 mark with a stellar 2.95 ERA.  Pomeranz's career vs. Tampa is 1 win with a record of 1.06 WHIP.  Jake Odorizzi will start for the Rays, as he is the favorite to win the game tonight.  He gave up a single run over six innings in Saturday's win over the Rangers, but gave up 6 hits and a walk while striking out four on the evening.  Odorizzi's record for the season is 3.63 ERA and 1.21 WHIP in 26 starts. He'll try to extend his winning streak to six straight when he faces Red Sox in Game 4 on Thursday. His career vs. Boston is 2-3 with 4.36 ERA. I am expecting the Red Sox to rebound after the loss yesterday, and if able to keep it a tie to the 8th inning, it could be "anyone's game" from that point on. Therefore, I am picking the underdog Boston with a spread of (+1.5) Runs.

UPDATE August 25, 2016 - FINAL Result: Boston Red Sox 1:2 Tampa Bay Rays. Tampa Bay Rays edged again Boston Red Sox - Mikie Mahtook doubled to left center, which resulted in Steven Souza Jr. scoring the 2nd Tampa run in the bottom of the 7th inning.  That was enough for the Rays' second win in a row over the Red Sox on Thursday afternoon at Tropicana Field. Boston took the lead in the 6th inning - Mookie Betts lined out a sacrifice fly to left field and Bryan Holaday scored from third to give the Red Sox a 1-0 lead, but that wasn't enough to win the game. Rays' starter Jake Odorizzi threw seven innings of one-run ball, as he dropped his second-half ERA to 1.59, the lowest in the AL, and improved his record to 6-0, since the All-Star break. Red Sox' starter Drew Pomeranz was nearly as good, striking out 11, but he allowed two-straight hits to start the seventh inning, which cost the Red Sox the game. Boston's loss dropped the team half a game behind Toronto for 1st place in the AL East.