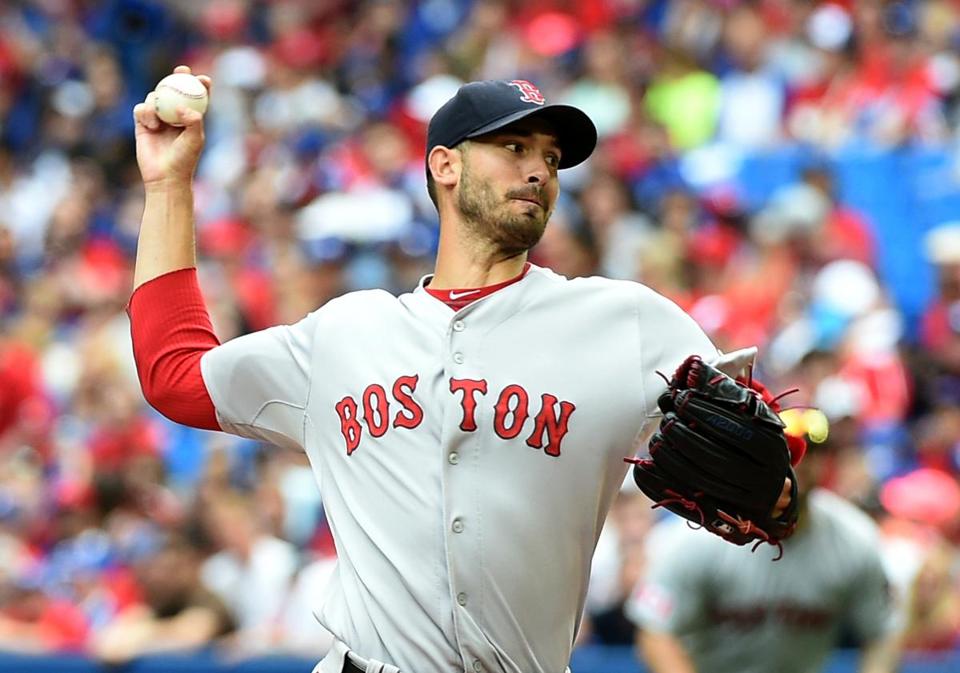 Boston Red Sox will play Game 3 of the four-game series against Tampa Bay Rays today-Wednesday, August 24. Yesterday, the Red Sox won Game 2 by the score of 2-1. Clay Buchholz was great on the mound by allowing only 1 run in 6 innings to help Boston securing its 71th win of the season. Red Sox's winning streak is now 4. Boston will try to make it 5 wins in a row tonight in order to stay 1st in the AL East. Boston's ace Rick Porcello will be the starting pitcher for the Sox against Matt Andriese. Porcello has done a superb job as a starter for the Red Sox this season - he racked up eight strikeouts over seven strong innings on Friday, defeating Detroit Tigers to earn his 17th victory of the season. Porcello's career vs. Tampa is solid: 8-4 with 2.85 ERA. He won his last 3 starts and is the clear favorite to win tonight. Tampa's starter Matt Andriese struggled again in Friday's loss to the Rangers, surrendering five runs on seven hits over 5 1/3 innings. He is 3-3 at home this season with 3.40 ERA. With that, I am expecting Boston Red Sox to extend the winning streak to 5 games. I am picking the Red Sox - a direct bet on the Money Line (ML) for Boston to record its 72nd win of the regular season [No Runs].

UPDATE August 25, 2016 - FINAL Result: Boston Red Sox 3:4 Tampa Bay Rays. The Rays edged Boston Red Sox on a walk-off error in the 11th inning: Luke Maile saw reliever Heath Hembree drop the ball at first base in the 11th inning and the Rays' backup catcher slid in safely at home [as Sandy Leon couldn't handle the throw at the plate] to give Tampa Bay a 4-3, walk-off win over the Red Sox on Wednesday night at Tropicana Field. Boston remains in a tie for first place in the American League East since Toronto Blue Jays also lost their game to the Angels on Wednesday. [David Ortiz became the oldest player to hit 30 home runs in a season with his two-run blast in the first. It also gave him 100 RBIs, giving him ten 100-RBI seasons with the Red Sox].