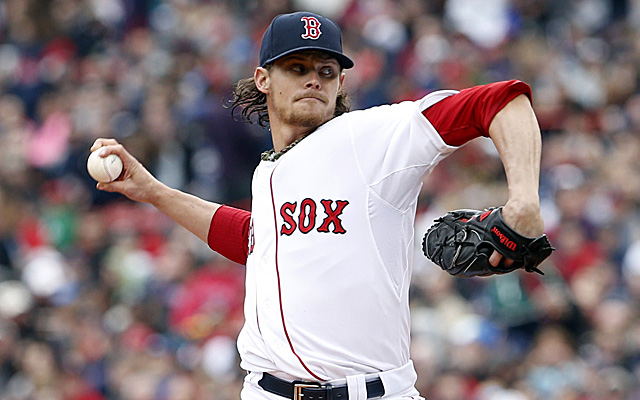 Boston Red Sox will play Game 2 of the four-game series against Tampa Bay Rays today-Tuesday, August 23.  Yesterday, the Red Sox won easily Game 1 by the score of 6-2.  David Price was outstanding on the mound - he threw 8-eight shutout innings to help Boston securing its 70th win of the season. Boston is the underdog in Game 2, but will try to make it 4 wins in a row tonight in order to stay 1st in the AL East. Clay Buchholz will be the starting pitcher for the Sox against Chris Archer. Buchholz has done a decent job filling this time around - he pitched six innings of one-run ball Thursday in a no-decision against the Tigers. His career vs. Tampa is 8-7 with 2.63 ERA. Rays' starter Chris Archer fired 7 1/3 scoreless innings Wednesday in the Tampa's defeat of the Padres. He issued just one walk and is the clear favorite to win the game tonight. However, his career vs. Boston is terrible: 1-9 with 5.82 ERA. With that, I am expecting the Red Sox to do well in this game, and if able to keep it close up to the 9th inning, it could be "anyone's game" from that point on. Therefore, I am picking the underdog Boston with a spread of (+1.5) Runs.

UPDATE August 24, 2016 - FINAL Result:  Boston Red Sox  2:1 Tampa Bay Rays. Clay Buchholz allowed just 1 run in 6 innings on Tuesday night as the Red Sox beat Tampa Bay 2-1 to win Game 2 of their series.  Buchholz pitched well and recorded only 5 hits. The game was decided in the 3rd inning - David Ortiz singled to right center and Andrew Benintendi scored Boston's 1 run; then, Mookie Betts singled to right and moved to third on Steven Souza Jr.'s throwing error, which allowed David Ortiz [coming from 3rd base] to score the 2nd / winning run for the Red Sox. Craig Kimbrel recorded his 23rd save and Boston grabbed its 71st win of the season.  After this victory, Boston Red Sox continue to be in the 1st place of the AL East (71-54).