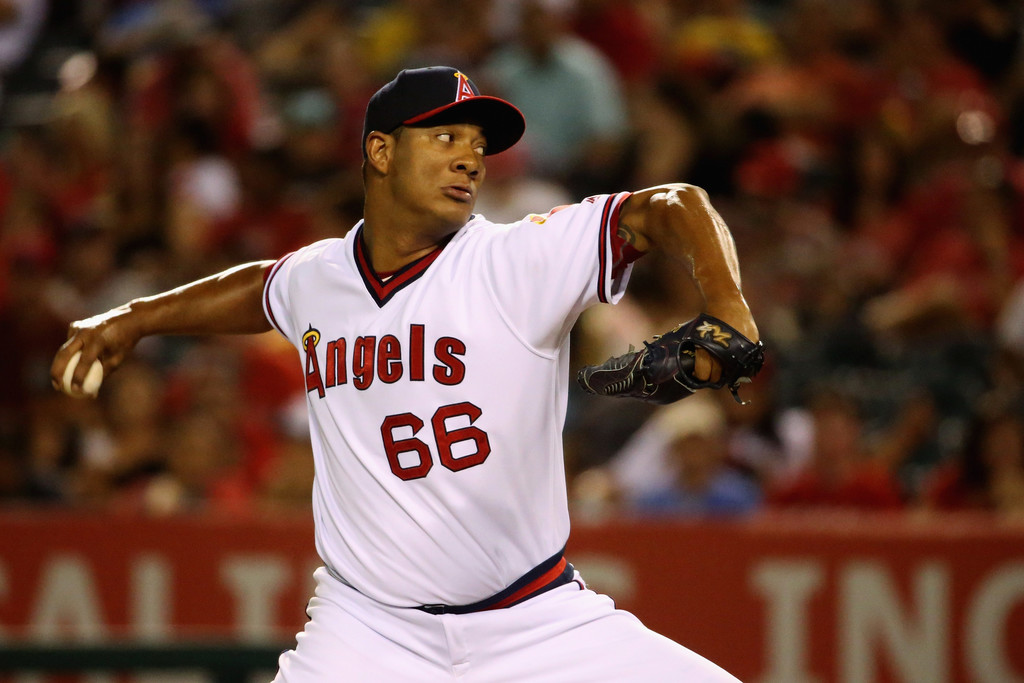 UPDATE, July 16, 2017: Los Angeles Angels 3-6 Tampa Bay Rays. The Rays surprisingly won Game 2 of the series, as they pounded the Angels with 14 hits, including Morrison's 2-run blast in the 3rd and Souza's solo shot in the 7th. C. Dickerson, S. Peterson and J. Sucre produced multi-hit efforts for the Rays. Our bet lost ($-200), despite the fact, July 15 was a day with numerology of 22 (15+7). Hence, 'Angels' = 22 in Pythagorean Numerology, but it didn't help us:( lol.  I stated many times here, that we cannot rely 100% on Gematria because there are codes for every and each event or a path (per se). Thus, depending on the circumstances, certain scenario will or will not occur. The final score of the game 6-3, makes the number '63'. One my favorite scenarios for a 'fixed game' (always!): "six six six" = 63 in LRG. Hence, we've got to 666; "Six six six" (666) = 150 in EKab.#1; Furthermore: "Illuminati" = 150 in EK#1, and the phrase "founded in 'thirty two, second corps" = 150 in LRG. The numbers in the Skull and Bones society's emblem ("322") represent the same phrase "founded in '32, 2nd corps", and it connects to our prior story (all tied in the Life Matrix). Needless to say, note, "Masonic Lodges"= 150 in EK#3 & "Black Magic kill"= 150 in EK#1. Our stats show that over 70% of the games we lost here, ended up for some reason 6-3, and I am not sure whether or not this is some kind of coincidence (or a 'fix'!) lol. From the rest of the MLB game predictions given in the "Comments" section, we went 3-1: The game between Cleveland Indians and Oakland went 'Under 10 Runs', that's a good win; then Washington Nats and Seattle M. both won their games, and the only loss sustained was the Red Sox in extra inngs.; There was a heavy argument below, why I picked Boston Red Sox? First, Chris Sale was pitching, and he is brilliant! Also, since 'Boston'=22 in Pythagorean Numerology, in a day with 22 (7 + 15) Numerology. Hence, the NY Yankees also had great codes as 39 matching also the long Numerology code of the day (39). It came down to the game's circumstances: John Farrell made 2 mistakes: first, by not keeping Chr. Sale for full 9 inn. to complete the game, as 95% of other managers would do. Instead, he put Cr. Kimbrel, who blew another save (after the recent blow at Tampa!), and then, (2) he played 'the losing proposition', D. Fister, who was clobbered by NY: He gave up 3 runs in the 16th. Ellsbury led off, a double, Gregorius, Romine hit RBIs, and Sanchez added a sacrifice fly. Prior to this game, D. Fister was a disaster in Texas, giving up 5 H and 6 R. The final outcome of the game after 16 innings has nothing to do with Gematria!  J. Farrell 'gave away' this game! We are 3-2 for the night: Our MLB record in the last 3 wks.: 51-16, 76.11%.

So he might win? I am glad I have the (+1.5) Runs with Chris Sale today!
In reply to: #Milo Georgieff

Barry T. commented on Saturday 15th of July 2017 11:39 PM
You're welcome! Actually I am also learning the codes. Milo created the site with those calculators, having Kabbalah and Latin codes.
In reply to: #James

Milo Georgieff commented on Saturday 15th of July 2017 11:34 PM
James, yes, I am worried about the 39 connection, but remember that Gematria NOT always working correctly. Chris Sale always bounces back after a loss, and he just lost 1-4 at Tampa. Hence, since you brought that up, let see some Gematria:

So, maybe you got a point, but I am sticking with my original pick for the BOS RED Sox and Chris Sale!

Hence I have Chris Sale with (+1.5) RUN SPREAD at home @ BET365, but you don't have that Option in the U.S.
In reply to: #James
Commented by: #Milo Georgieff

Milo Georgieff commented on Saturday 15th of July 2017 11:21 PM
Hi James: I am glad people picking up your messages! I like the Orioles with Miley to win today, nice pick up with the 43-47 record!

Hence, my ACTUAL play is Orioles (+1.5 runs) as an underdog.

The purpose for the site and the chat is to gather as many opinions we could, then we could clear games and WIN! This is the ultimate goal here! We post everything FREE and even there is a formal registration, I withheld subscriptions for the moment, I want the site to be successful, and get the TRUTH out, I am using primarily the English Kabbal and the Old Latin code, feel free to use our calculators, try them out, Please, stop often and share opinions! It is important. WE ALL WANT THE WINNERS, and do NOT care what type of Gematria everyone is using!
In reply to: #James

That helps much, thank you Barry
In reply to: #Barry T.

Im in the US, so quite the different time contrast. Hope all is well.
In reply to: #Milo Georgieff

Thank you so much. This is my first time visiting, im interested reading all the different coding you guys are using.

Saying that, I see people with Philadelphia over Milwaukee today 7/15, but do not see the number correlation?
In reply to: #Barry T.
Commented by: #Barry T.

James, in our group here, we are using primarily this site's calculators (English Kabbalah + Old Latin Code) and Numerology Calculator 3.41 (Pythagorean + Chaldean - there is a link in Milo's articles for a download).

I am a huge fan of the Brewers, and if you go back to read the chat of prior articles here, you will find that I predicted Brewers games correctly over 80% of the time.

Regards,
Barry
In reply to: #JAMES
Commented by: #James #James

Milo Georgieff commented on Saturday 15th of July 2017 09:57 PM
James I was out, just approved everything and it is LIFE now. Yesterday's games NO comment on them since they are already gone, I will answer each and every message in the next hour or so, you know I am in Central Europe, and in Geneva is a dinner time:))) If anyone else could answer you, they could read your messages now, Thank you for your patience!
In reply to: #James
Commented by: #James

Number 52 for Milwaukee starting can get Milwaukee their 52nd win
In reply to: #Barry T.
Commented by: #Barry T.

Baltimore record with win "43-47" I can see why he is starting today
Commented by: #Milo Georgieff

James commented on Saturday 15th of July 2017 07:21 PM
Milo Do you worry about the 39 connection with New York today being 39 date numerology , thanks in advance
In reply to: #Milo Georgieff
Commented by: #Milo Georgieff

James commented on Saturday 15th of July 2017 07:19 PM
I posted on yesterday's thread a few things about Saturdays games, but they're "waiting for approval" i can move them to this thread
Commented by: #Milo Georgieff

1. I also like Chris Sale and the Boston Red Sox again to win (play them with +1.5 runs), and I know, you do NOT have that option, anyway, because all US. accounts are busted by the GOOD Sportsbooks, Sale shall win ANYWAY!

3. I also think, Washington Nats will win with Max Scherzer, and

4. I pick Seattle Mariners with Felix Hernandez with the spread of (+1.5) runs, this is it!

Barry T. commented on Saturday 15th of July 2017 06:24 PM
Good Morning Milo! I like the Phillies with Nola today, what do u think? Any other picks? Thank you.
Commented by: #JAMES #Milo Georgieff