A flashback of the incidents and Matrix888.org Gematria Analysis of what TRULY happened on June 3 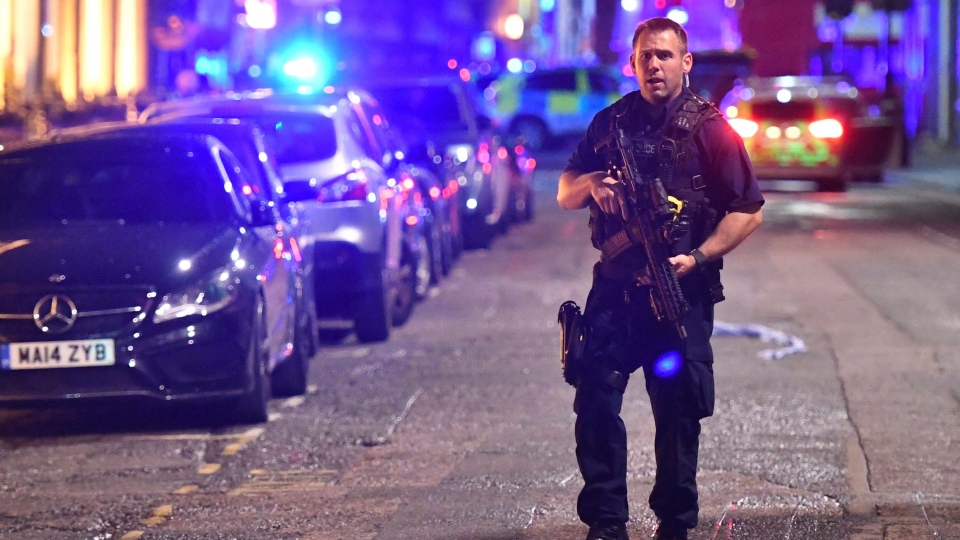 In the beginning of June, the mainstream media reported that more horrible terror attacks took place in London: this time the London Bridge & Borough Market were the places where the attacks happened. The MSM stated that London Bridge has been closed due to a "police incident" as multiple eyewitnesses reported that pedestrians had been hit by a van, that ploughed onto the pavement and into people. The initial reports were for "6 dead, police shoot 3". 6 + 3 make the number 63. Note, "Six Six Six"=63 in LRG. Nothing new here, as this incident was very similar to all prior terror acts-hoaxes that have taken place in London. Click here to see our prior hoax analysis; "False Flag terror attack on London Bridge" = 150 in LRG, but (again)  "six six six" (666) = 150 in EKab.#1; Furthermore: "Illuminati" = 150 in EK#1, and the phrase "founded in 'thirty two, second corps" = 150 in LRG. The numbers in Skull and Bones society's emblem ("322") represent the same phrase "founded in '32, 2nd corps", and it connects to our prior story (all tied in the Life Matrix). Needless to say, "Masonic Lodges"= 150 in EK#3 & "Black Magic kill"= 150 in EK#1. So, we arrived at the Number in Question(666): See this: "Six hundred sixty six"= 215 in EK#3, but "False flag terror attack"= 215 in EK#2. Nevertheless, "six six six"= 174 in EK#2. 174 is very important number, you will see why in the following analysis: Police named 2 London Bridge attackers as Khuram Shazad Butt and Rachid Redouane. Let's look at the Gematria of the names: "Khuram Shazad Butt"= 174 in EK#1, and "Rachid Redouane"= 174 in EK#3. Wow! What are the odds for the Gematria of both names to match perfectly? Thousands to one, probably. It is all scripted! The phrases "Black Magic ring"=174 in EK#1, "New World Order" = 174 in Simple Gematria.  174 is clearly 'in play' in order to manipulate the minds of the General Public. Well, the phrase "Black Magic ring" has also Gematria of 133 (EK#3). Hence, the name "Khalid Masood"= 133 in EK#3, "Freemasons"=133 in EK#1, and "Secret Society"=133 in EK#3. Khalid Masood was the terrorist named in the Westminster Attack in London. Click here for that report. We see how both stories connect perfectly 'by the numbers'. Note, "False Flag attack on London Bridge June third two seventeen" = 222 in LRG, but "Black Magic ring" = 222 in LG.  Furthermore, the MSM reported that a witness, Gerard Vowls, told The Guardian "he saw a woman being stabbed by 3 men at the south end of London Bridge". Note this, "Vowls" = 32 in LRG, but also 'Black Magic' = 32 in LRG. The Police received the first call of reports of a vehicle hitting pedestrians on London Bridge at 10:08 p.m.; 10:08 makes the number 108. Note, the words "Psychological Operation"=108 in LRG, 'Masonic' =108 in EK#2 and Compasses  = 108 in EK#1. Please, read this MSM non-sense: "The attackers had no clue what they were doing. They were scared. The police were scared"?! Then, the MSM reported "the attackers were dead in 8 minutes"?!?!? So, the Police were scared, but they killed them in 8 minutes? Give me a break! Lastly, the phrase "False Flag terror attack in Borough Market" =151 in LRG, but "Skull and Bones three hundred twenty two"=151 in LRG. DailyMail showed that the terrorists launched a frenzied knife attack that left 7 people dead and 48 injured. 7 + 48 make the No. 748.  748 stands for "destruction,  deface(ment)".  Let's see photos distributed by MSM: Photo #1, showing the Van used by the terrorists: 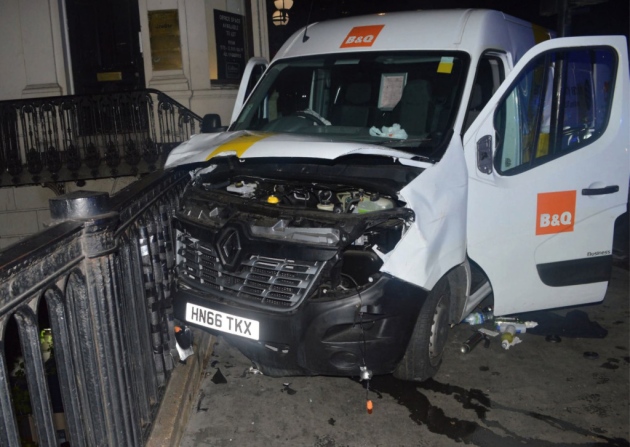 Youssef Zaghba is the name of the 3rd terrorist (name released much later). In addition, if we use the widely-known Numerology Calculator 3.4, based on two widely used Numer. techniques, the Chaldean and the Pythagorean systems of Numerology, and enter the registration plate number:  HN66TKX = 33. From the Gematria under the photo above, we get the 64th PRIME = 311, which stands for "a man, a strong one, a male, mankind, warriors."  311 consists of 3 and 11, so 3 x 11 = 33 once again; Photo #2: 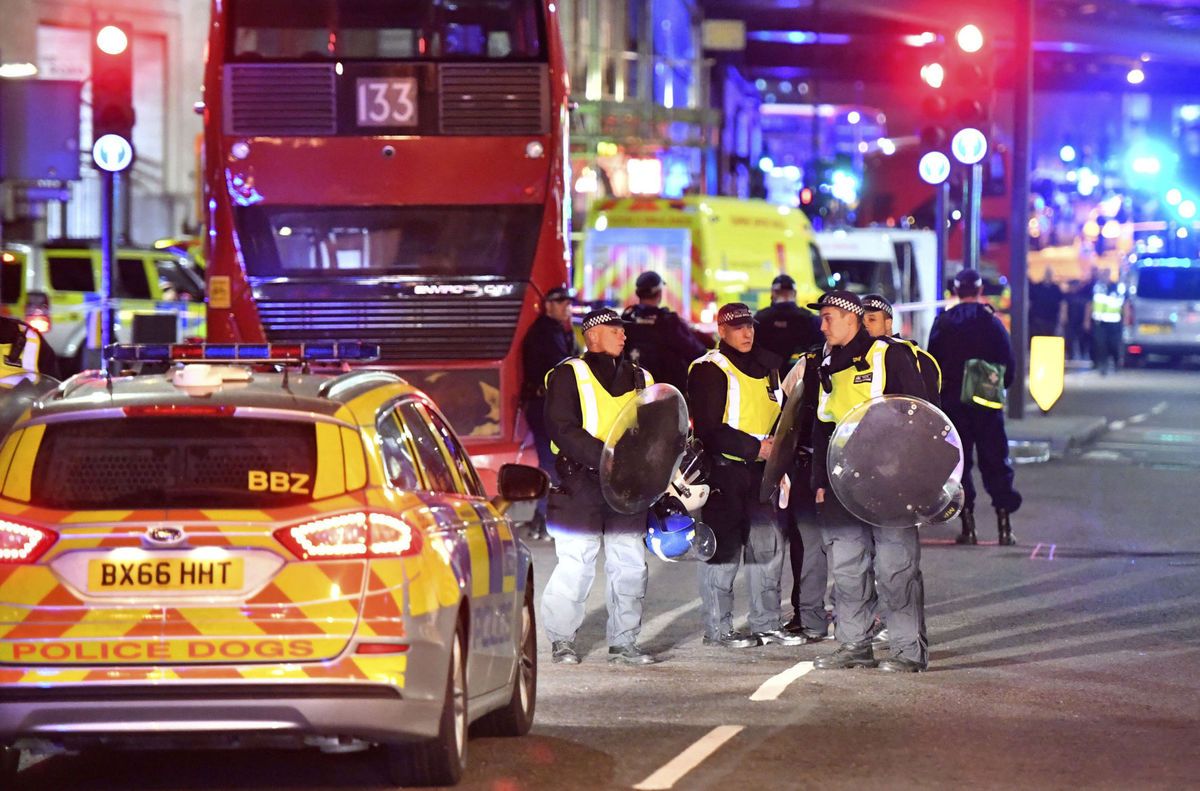 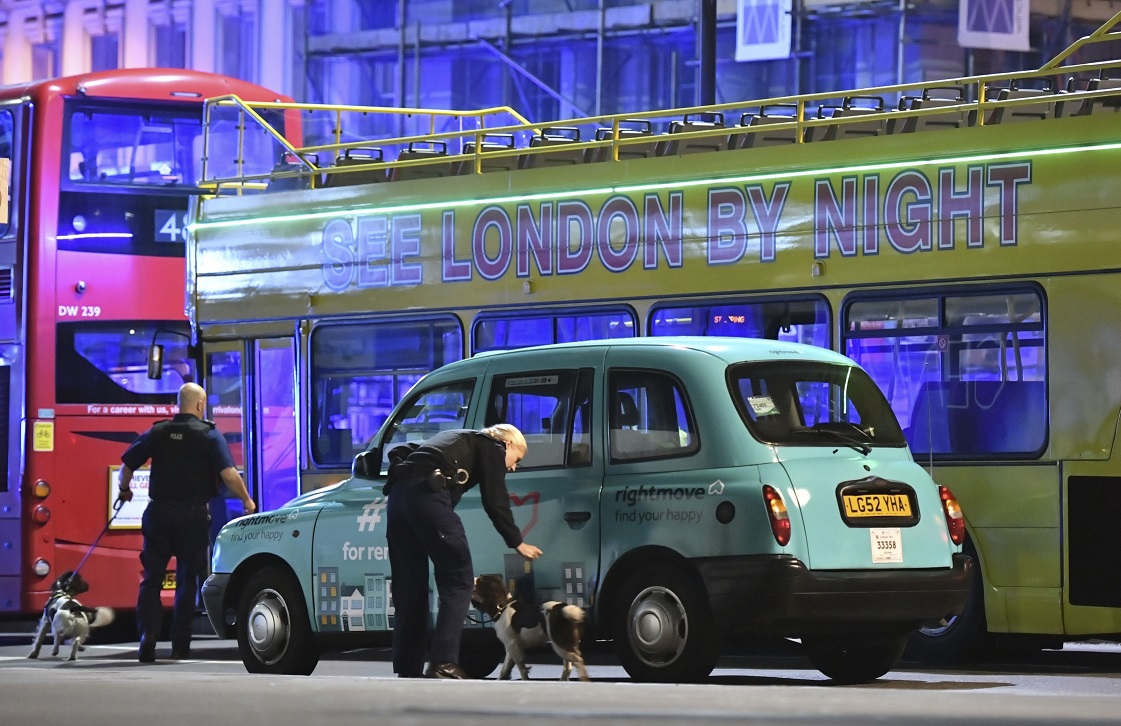 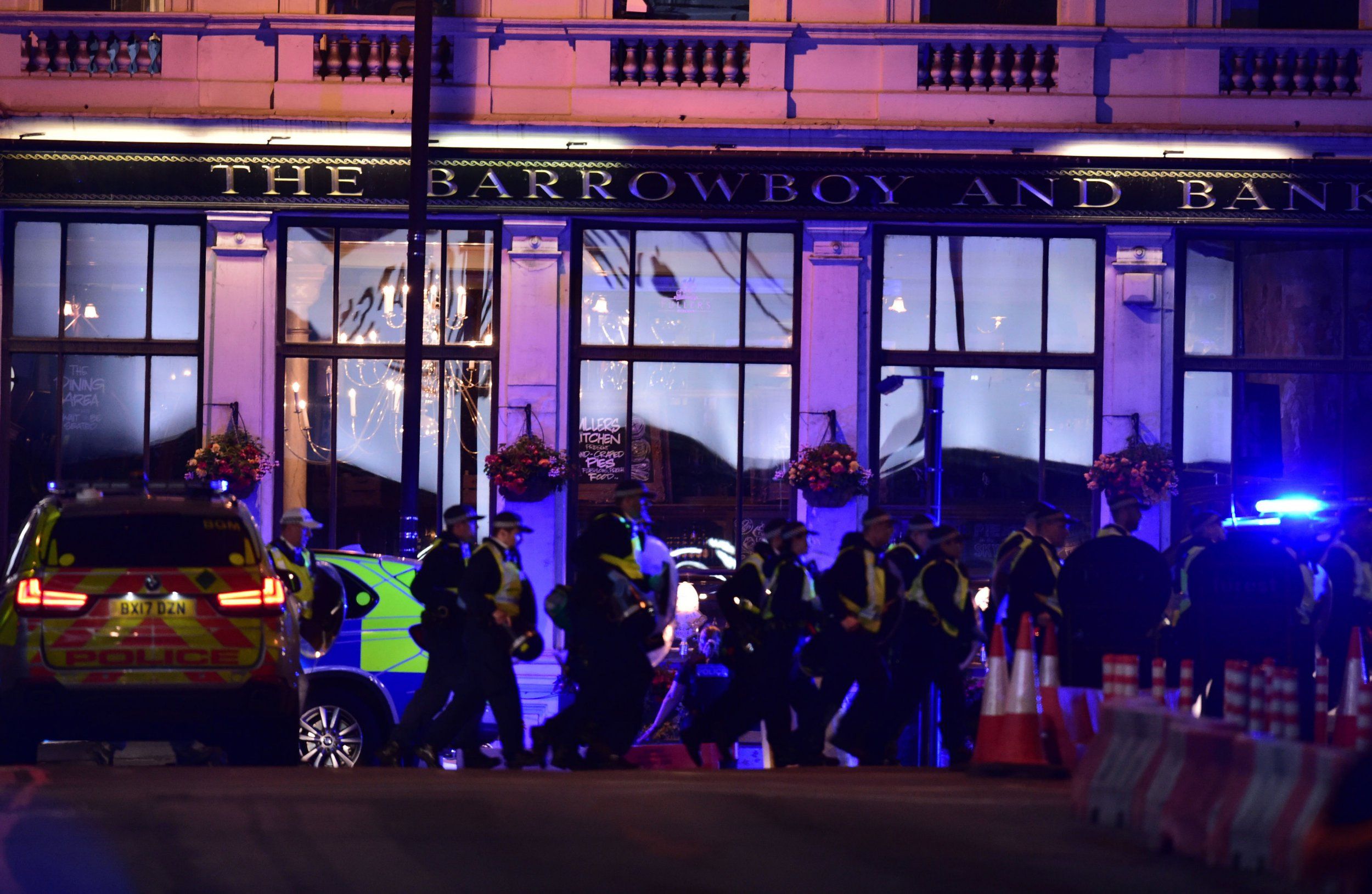 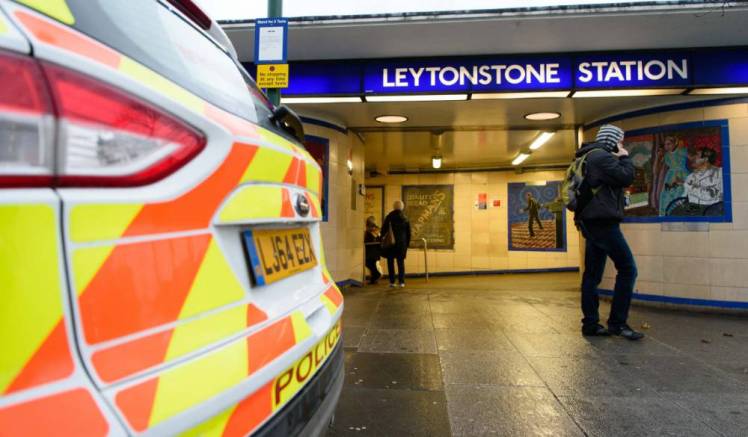 Here is the Video clip of FOX News Channel Broadcast of the Terror Incident, confirming No.: 64 "n play" - they immediately found a witness, named Brad Myers - click on the images for the video: 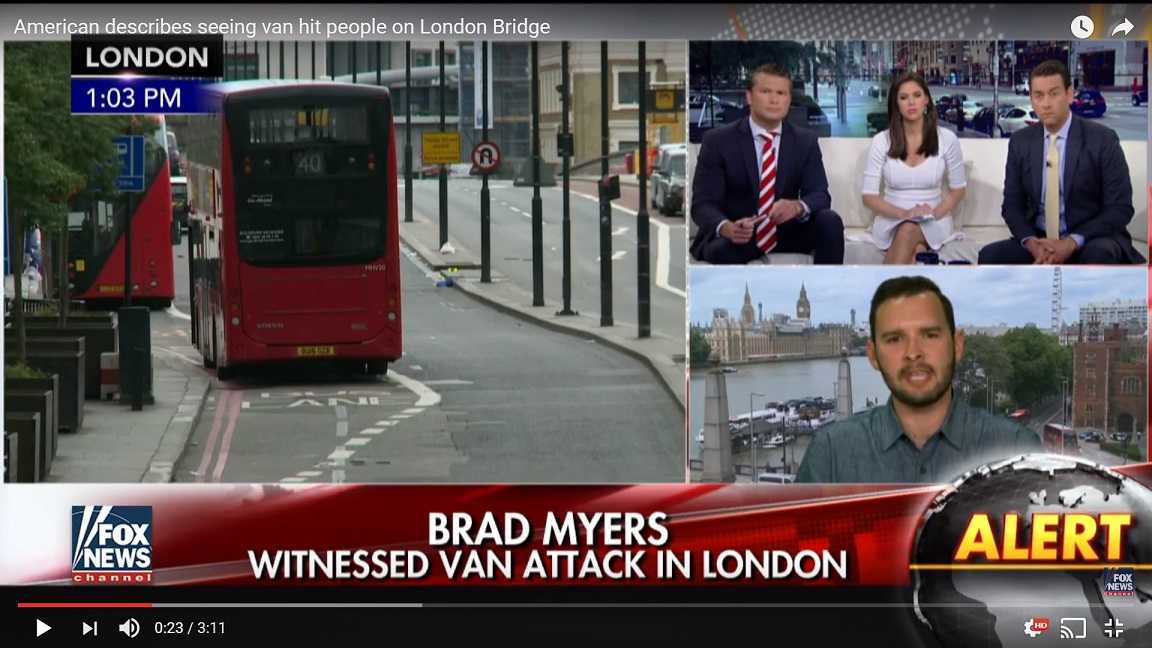 The Gematria of the Name "Brad Myers" = 44 - In Hebrew means "blood, blood-guiltiness, murder" 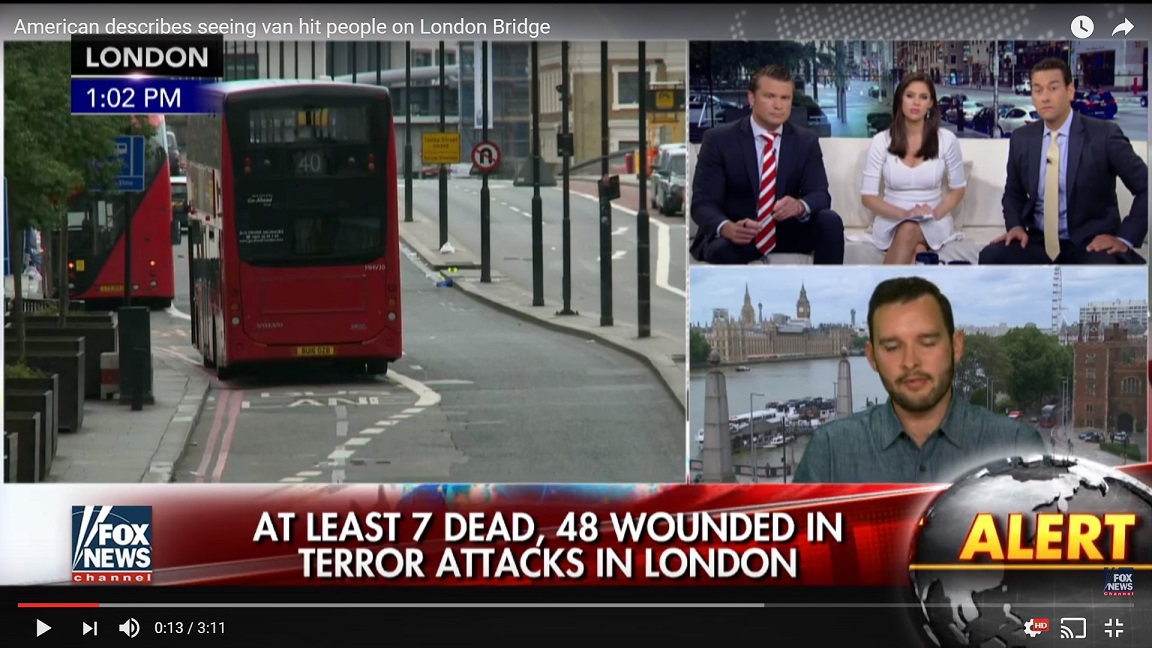 In summary, it seems this is another false-flag terrorist attack, a horrible “terrorist hoax”. It continues to help any of the Western Governments to keep a "State of Emergency". As more facts come in, we will continue to bring you updates on the story. Lastly, I have watched some youtube videos of different individuals, who claim that the whole thing is one 'big bogus show', and that innocent people never got hurt or killed. While those individuals were describing truly on youtube many of the details as to who runs the world and why, they actually made a huge mistake of discounting as to what really happened. A false-flag terrorist attack could actually hurt innocent people, even to "sacrifice", and there is no reason at this point to believe otherwise; the only thing in question is how many innocent people were actually killed by those "terrorists". We are not denying the facts that such attack(s) actually happened, hence we question the real purpose of them and the agenda behind them.

More Gematria of this Lic. Plate of the Red Bus:

It appears, they covered everything with this Lic. Plate, that's why they started the entire video with this Red Bus...I hate to be right every time...:)

Mike commented on Thursday 13th of July 2017 04:25 PM
Yes, Milo, I watched it carefully, it is bizarre, indeed!
In reply to: #Milo Georgieff
Commented by: #Milo Georgieff

Milo Georgieff commented on Thursday 13th of July 2017 04:22 PM
Mike, Thanks! Already corrected the article; 33 again is "IN" play! Unbelievable!!! It is amazing to see how they enhanced the video image of the red bus in the beginning, around the 13th sec. mark, I guess just to show us the Red Bus!!! Watch here:
https://youtu.be/v-SrZRahEto?t11s
In reply to: #Mike
Commented by: #Mike

it contains the FOX channel's follow up of the interview that you posted. They have another guest talking, and are bringing up the red bus photo again, and this time is readable - the plate # is BU16OZD.

Milo Georgieff commented on Thursday 13th of July 2017 10:17 AM
Hello, thanks for the comment, PLEASE, send me a link of that by going to Contact US tab or post it here as a comment, and we will add it!
In reply to: #Joe Bloe
Commented by: #Mike

Joe Bloe commented on Thursday 13th of July 2017 10:07 AM
You missed the license plate on the first pictur of the Mercedes. Mai 4? Also they show you the back of the vehicle Police Dogs? Telling you the Police are Dogs.
Commented by: #Milo Georgieff