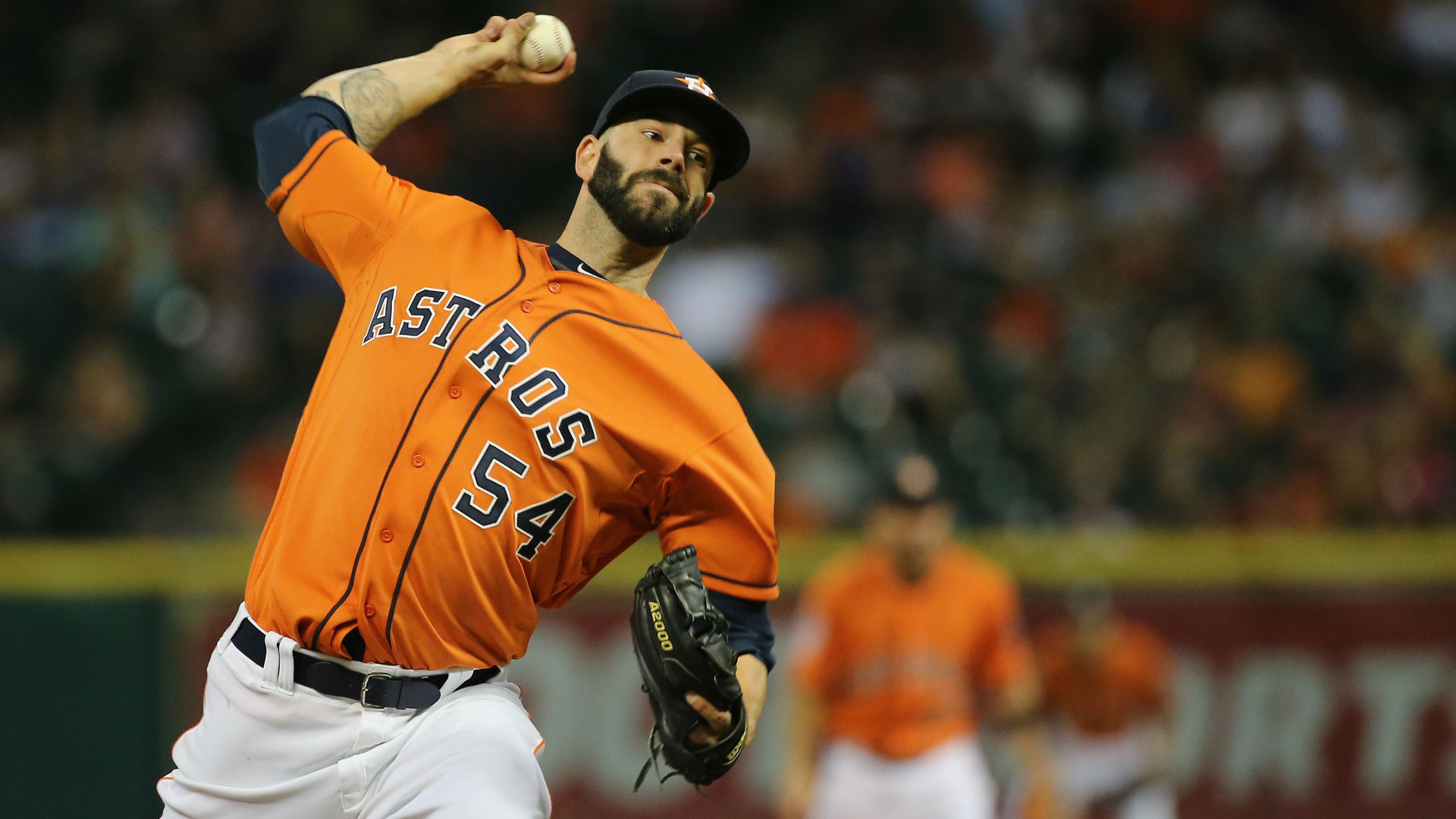 Wager: $150. Houston Astros will play Game 2 vs. the Los Angeles Angels at 4:10 EST.  The Astros will start Fiers, who won his only start against the Angels this season on May 7.  He hasn't given up home runs in his previous 2 starts (11 combined innings), thus, those were arguably two of his most efficient outings this season. Fiers (3-2, 4.84 ERA) is 0-2 in four starts at home, so it's time for him to capitalize on his good work, as of late, and pick up a "W" at Minute Maid Park.  The L.A. Angels will counter with Nolasco (2-6, 5.05 ERA), who already had six road starts with a record of 1-3, allowing 11 homers and 9 doubles. Hence, he is 7-1 against Houston historically, with a 3.75 ERA, but we have to take into account that the Astros are 20-7 vs. American League West opponents this season, including 5-3 against the Angels, and they already lost Game 1 yesterday. Thus, we expect them to win today. With that, we pick the Houston Astros  with the spread of (+1.5) runs. Click here for odds. Unless listed, our Bet is $100.

Milo Georgieff commented on Monday 12th of June 2017 12:29 AM
Good! Cleveland Indians already won as I suggested, but why don't you move the comments on the most recent page, everyone is there - the page Nats-Texas, Cheers!
In reply to: #Dean T.

Dean T. commented on Monday 12th of June 2017 12:09 AM
Sounds good, that's what I'm trying today. I parlayed the picks you suggested!
In reply to: #Milo Georgieff
Commented by: #Milo Georgieff

Milo Georgieff commented on Sunday 11th of June 2017 08:03 PM
Hello Dean, no, you can try the direct picks, I am also giving predictions as to who is going to win the game, you can go with those, if you don't have those options! Cheers!
In reply to: #Dean T.
Commented by: #Dean T.

Dean T. commented on Sunday 11th of June 2017 08:00 PM
Hey Milo, I'm in the US so I can't get on bet365.com. I bet with Bovada.com. They don't have the options you have with bet365 so I'm going to keep it safe from now on and only bet on your suggestions that are available on Bovada. Great work Milo and thanks again
Commented by: #Milo Georgieff

Milo Georgieff commented on Sunday 11th of June 2017 11:50 AM
Cool, are u on the Canadian side? If you are in Canada, you can open an account with BET365.com, and explore our strategies:) U.S. citizens cannot open accounts with them, and you are basically screwed...
In reply to: #Ranger 77
Commented by: #Ranger 77

Ranger 77 commented on Sunday 11th of June 2017 11:46 AM
We will Milo, please, stay hot! Regards from the Great Lakes, I am there now
In reply to: #Milo Georgieff
Commented by: #Milo Georgieff

Milo Georgieff commented on Sunday 11th of June 2017 11:26 AM
Ranger 77, Thank you! Yes, I lost only 2 of them, as the Nationals went the other way in extra innings, and the Pirates-Marlins surprisingly went over; besides the solid Astros-pick and those 5 below, I also told you that Colorado will complete the sweep of the Cubs and the Yankees might win as well. Those are 6 of 8 total, i.e. , that's exactly 75%, the percentage you need to keep, in order to make good money. Keep in mind, that with BET365.com and BWIN you will be able to "buy runs" on both sides in order to further protect yourself, which will increase your odds to win dramatically! Cheers and GOOD LUCK! Play stay with Matrix888.org
In reply to: #Ranger 77
Commented by: #Ranger 77

Ranger 77 commented on Sunday 11th of June 2017 11:14 AM
Milo, Thank you, most of the picks worked out for me! Excellent work, keep it up!
In reply to: #Milo Georgieff
Commented by: #Milo Georgieff

Milo Georgieff commented on Saturday 10th of June 2017 08:09 PM
You're welcome! We might see a sweep in the Rockies-Cubs series today, the Cubs seemed fine after winning 2 in a row against the Marlins, but then faded again...too bad for them; The Yankees might win again today. Cheers!
In reply to: #Ranger 77
Commented by: #Ranger 77

2. Cardinals - Phillies; take the Cards with Carlos Martinez, who has pitched at least 6 innings in every game. He put on a strong performance last time out against the Reds until loading the bases in the 7th with NO outs, and four runs scored assigned to him. Martinez will be going up against rookie Pivetta (1-2, high ERA-5.18).

3. Red Sox - Tigers; take Red Sox with my favorite guy Chris Sale, who is expected to pitch deep today due to the early use of the relievers last night; Verlander is not the same pitcher as last year - this is his first game since exiting against the White Sox on Sunday in the 3rd inning due to a right groin injury. He is only 4-4, 4.63 ERA. I would not be surprised to see him exiting early again due to the same injury, but who knows?

5. Pirates - Marlins - I see "under" the total this time around ( I had the "Over"yesterday), as we have Pirates right-hander Trevor Williams, who produced his best outing of the season in his last start, against Straily, who is also coming off back-to-back quality starts, allowing four earned runs in 13 2/3 innings in that span; BET365 gives you Alternative Run Lines - Under 11.5 Runs @ 1.43 (-230).

Good Luck! That is enough for now, if I have more, I will post them later on!
In reply to: #Ranger 77
Commented by: #Ranger 77

Ranger 77 commented on Saturday 10th of June 2017 05:02 PM
Thanks Milo, I've noticed the guy was a real jerk, posting bets against yours, but it does not matter.
Waiting to hear for more MLB picks today, Please! Thank you! Will make it up to you.
In reply to: #Milo Georgieff
Commented by: #Milo Georgieff

Milo Georgieff commented on Saturday 10th of June 2017 04:59 PM
Ranger 77, we do not comment on other people's websites , especially, if they provide the same services, it is not ethical!!! We will leave up yo YOU to determine whether who is worth anything...Just from Math standpoint (since I have MscCiv.Eng. and work in Finance for 25+++ years), in order for some people to claim thousands of dollars in profits on betting, their record needs to be over 75% winning to show sustainable returns!!! Simple with 50% winners and 50% losers every week overall, you will NOT be able to achieve such a record, claimed, PERIOD. For someone to post a Bet on the heavy underdog just 1 hr. before a game, it means, they are in trouble, and want to make it up quickly for some losses...

Anyway, BEWARE of large claims of BIG winnings, who are not substantiated with solid winning record (over 75%)...Cheers!

BTW, since, someone asked me by email about my background, here is (again) my profile at LinkedIn.com:
https://www.linkedin.com/in/milog

Ranger 77 commented on Saturday 10th of June 2017 03:55 PM
Milo, there is some douchebag on the net, who is betting against your picks all the time, see below, he posted it last night 10 hrs. after you, picking the losing White Sox to win (?!?!) over Kluber, what a joke! See the link - he claims his bets won thousands (!hahaha!):
https://www.picksandparlays.net/index/freepicks/viewall/1/

Anything good today in MLB?
Commented by: #Milo Georgieff